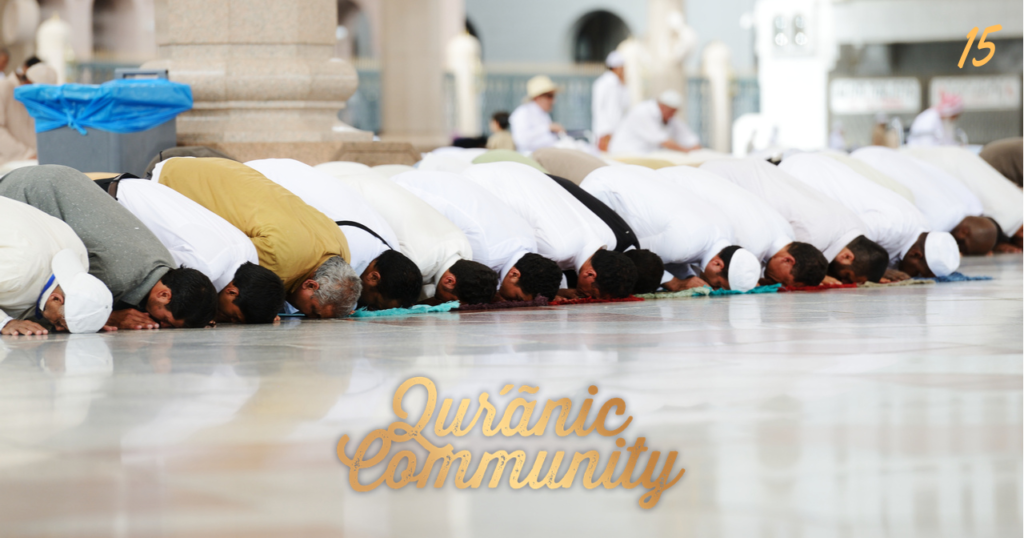 ‘Rules are rules’, as the popular expression goes. Generally, this means ‘just obey the rules and do not ask’! Yet even when giving firm directives, the Qur’ān sublimely entices the hearer and appeals to their soft emotions and spirits. The directive discussed in the previous article is that “if two parties of believers fight, make peace between them… with justice, and be even-handed…”[1] What follows is so evocative that it transforms a ‘directive’ that should merely be ‘obeyed’ to an obvious way of life that a Muslim begins to desire nothing besides:

“The believers are brothers, so make peace between your brothers and have Taqwa of Allāh so that hopefully you will gain mercy.”[2]

Here, Allāh addresses the people of Iman by saying that the believers are brothers in religion, “so make peace between your brothers” if they fight by guiding them towards the command of Allāh and His Messenger (sall Allāhu ʿalayhi wa sallam). The meaning of ‘akhawayn’ in this dual form here encompasses every group of believers who fight. “And have Taqwa of Allāh so that hopefully you will gain mercy”, meaning, have fear of Allāh by carrying out His obligation of justly making peace between two believing parties involved in a dispute. Likewise avoid sin so that Allāh will show you mercy, thereby overlooking your previous offences. This promise thus reaches all three parties: the one in the right, the one in the wrong, and the peacemaker.[3]

One may ask, why has Allāh’s mercy been promised in this instance? The command towards having Taqwa has occurred specifically where Allāh reminds us of our relationship as brethren. Thus, with the reality of our brotherly relationship in mind, a specific manifestation of Taqwa in this situation is to deal mercifully towards one another and to restore the mercy that siblings have towards one another.[4] Biological siblings are from the same Raḥim (womb). The word Raḥma or mercy comes from this root. Those who emerge from the same womb are naturally disposed on being merciful towards each other. Such biological mercy should be extended to other Muslims, for they have been made your brothers and sisters by the dictates of the Iman that you share with them!

As such, if Raḥma is extended to your brothers and sisters in Islam through earnest attempts at reconciling between their hearts, Allāh will show you mercy as a consequence. They say you reap what you sow; this concept is so consistent and well known in Islam that it is beyond needing evidence.[5] Show mercy and you will be shown mercy! The reality of ‘Ukhuwwah’ is linguistically ‘Ta’līli’, or the direct reason behind the previous injunction to ‘make peace’. The reason you need to make peace is because, to one another, you are like a unity of siblings. It further came in the form of ‘Hasr’, meaning it is linguistically a ‘restrictive’ sentence. It can be read as, “the believers are nothing but brothers” with ‘Innama’ used to emphasise this proclamation.

Remarkably, the verse does not include any statement to imply likeness or a simile such as to say: “the believers are like brothers” (ka al-Ikhwah), but rather, the believers are Ikhwah, so as not to weaken the reality of this relationship. It is in a sense truer than biological bonds.[6] Extending this meaning, it is known and accepted that when members of families fall into dispute, the rest of the family almost immediately responds. When Allāh told us that the “the believers are brothers”, it was no longer necessary to say, “so make peace between the two disputing parties”, but rather “so make peace between your brothers”. Each of the disputing parties are your siblings, and they are by extension siblings of one another despite their dispute! Therefore, restore what is expected of a sibling to his sibling. All of this is encapsulated in just three words: ‘innama al-mu’minūna ikhwah’.

There is another way to look at the end of the verse, i.e. “so that you may be shown mercy.” Picture a fight about to take place between two groups of Muslims. Swiftly addressing that enmity before it flares up and becomes worse is a mercy for you as the mediator. This is because if you fail to make peace, each party will despise the other. As the peacemaker, you have no such sentiments towards either of them. But if, after confrontation, you show kindness to any of the two groups, the other will naturally interpret it as you having taken the side of their ‘enemy’ and will begin despising you as well![7] As such, show mercy to your very selves by reconciling between your brothers.

The use of ‘Innama’ meaning ‘surely’, ‘definitely’, and ‘without doubt’ further insists that such a reality is well-known and determined. The message is that you are a sibling of your fellow Mu’min. This is something that hardly needs a reminder and definitely should not come as news. Consider when Allāh speaks of the believers of latter generations supplicating for those who preceded them in Iman:

“Those who have come after them say, ‘Our Lord, forgive us and our brothers who preceded us in Iman and do not put any rancour in our hearts towards those who have Iman. Our Lord, You are All-Gentle, Most Merciful.’”[8]

‘Those believers who come after say’ meaning that such an action is anticipated or almost assumed to be the case, rather than giving a directive due to the extraordinary strength of the relationship. If this applies to former nations, how then to those around and between us? Expounding on this meaning, the Prophet (sall Allāhu ʿalayhi wa sallam) used to say about his deeply intimate and inseparable companion Abu Bakr (rady Allāhu ‘anhu):

“There is no one who had done more favour to me with his life and property than Abu Bakr bin Abi Quhafa. If I were to take a Khalil (an intimate friend whose love has penetrated the depths of the heart like Khal (vinegar) penetrates pickles), I would certainly have taken Abu Bakr, but Islam’s brotherhood is superior…”[9]

Reflect over the Messenger’s relationship with Abu Bakr. Ponder over their indivisible lives, attachment, mutual support, encouragement, and unmatched companionship. Despite the exclusivity of this profound bond, the Messenger found bestowing Islam’s Ukhuwwah towards Abu Bakr laid out by Allāh as superior to the greatest forms of human love between friends – Khullah!

“You are My Brother” is Not a Cliché

B. Kathīr reminds us of some of the narrations concerning brotherhood, such as when the Prophet (sall Allāhu ʿalayhi wa sallam) said:[10]

“The supplication of a Muslim for his (Muslim) brother in his absence will certainly be answered. Every time he makes a supplication for good for his brother, the angel appointed for this particular task says: ‘Ameen! May it be for you, too.’”[11]

“The relationship of the believer with another believer is like (the bricks of) a building; each strengthens the other.” He illustrated this by interlacing the fingers of both his hands.[12]

From the seven whom Allāh will shade on the day of resurrection are two who love each other for the sake of Allāh and separate for His sake. If you are reading this, take a moment to ask: what does it really mean to love for Allāh’s sake? By Allāh’s will, we will expound on this further in the forthcoming section.

An element of Islam’s immaculate Sharī’ah is its penal code. In the age of ‘human rights’, antagonists of Islam think that the sternness of its penal code is its susceptible facet. What they conveniently overlook is that under an Islamic system, penal punishments are not meted out on mere ‘humans’ who deserve ‘rights’, but on siblings with corresponding considerations. Can the same be said about any other system in the world? Even in capital punishment as retribution for murder, Allāh appeals to Ukhuwwah empathically to encourage amnesty, as the authority of punishment is transferred squarely with the victim’s family. Read the following, which is one of many abundant examples in the Qur’ān:

“You who have Iman! Retaliation is prescribed for you in the case of people killed: free man for free man, slave for slave, female for female. But if someone is absolved by his brother (pardoned from retaliation), blood money should be claimed with correctness and paid with good will.”[13]

In the most heart-rending reminder of Allāh’s mercy, the killer of your relative is referred to in a ‘legal verse’ not as a murderer, assailant, or enemy, but as your brother or your sister. This is to remind you to soften your heart and entice you towards forgiveness after having full right and privilege to retaliate.[14] Who dares claim, after this, that Islam actively seeks to punish or chastise?

May Allāh give us strength and understanding.