“A reminder for those who fear Allāh in the unseen…” 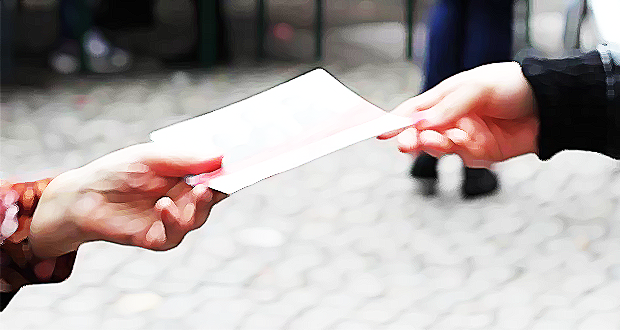 Part 4: A Reminder for Those who Fear Allāh in the Unseen

The journey through Sūrah Yā Sīn began with a declaration that the two fundamental components of Islām are the: ‘revelation of the Almighty, the Most Merciful’ and the Prophet about whom Allāh confirms unequivocally that he is, contrary to what some say: ‘truly one of the Messengers’. The role of this amazing man and those that live in line with his tradition was then spoken of: ‘to warn a people whose fathers were not warned and who are therefore unaware’; that is to awaken people around them from a state of aloofness about the meaning and reality of life. A few questions then arise: who exactly will listen to the Call and embrace it? What are the qualities of such people? Do people reject my Daʿwah because my arguments are not strong and articulate enough?

(11) You can only warn those who follow the Reminder and fear the All-Merciful in the Unseen. Give them the good news of forgiveness and a generous reward.

In the preceding āyāt, the Prophet (sall Allāhu ʿalayhi wa sallam) has just been told to warn all of the people without exception, but then he is given insight into who will listen to his warning and embrace it positively: only those who will “follow the Dhikr”, which according to al-Saʿdi means those who already desire to follow to truth. Such people’s hearts are already inclined and yearning to follow the truth and so when the Call of Truth comes, they respond positively. There is however a second quality too: they “fear the All-Merciful in the Unseen”. They have maintained their natural disposition to feel a reverence and awe towards their Creator, Allāh. They see Him not as a vengeful, hateful God but as a loving, compassionate one; He is to them already al-Rahmān. Lastly, they feel like this towards Him even though they have not yet seen Him and even when in total seclusion, away from the sight of men and with full sincerity.

The Prophet (sall Allāhu ʿalayhi wa sallam) is then instructed to congratulate this category of people: “give them the good news of forgiveness” of their sins “and a generous reward” from Allāh the Most High, his Paradise.[1] ‘Generous’ as it is the best of its type.6

There are two qualities held by those who benefit from Prophetic advice and warning, positively impacted by hearing his teachings and reminders:

From the linguistic nuances in these two magnificent verses are the following:

The words “who follow it” (ittaba’a) is actually in the past tense, literally “who have followed it”, which would then mean the people that benefit from religious reminder are those who have already believed! However this is not the meaning but it is rather a point of rhetoric, as the context pushes the meaning into the future tense in order to give a greater sense of certainty, as if to say the reality of this happening is so certain that it is as if it has already taken place. The meaning is thus: “No doubt only those who will benefit from your warning O Prophet are those who are ready to follow the Reminder”- and there are no exceptions to this. Examples of this are numerous. Of the most apparent is the first verse in the chapter of ‘the Bee’ (al Nahl) where Allāh says ‘ataa amrullah’ literally meaning that the command of Allah has already come to pass when the Day of Reckoning is still to occur in the future. This is because the coming of the Day of Judgment is so certain to pass it is as if it already has.

The term ‘Khashya’ is loosely translated into English as ‘fear’ when it is actually far more profound than this. Khashya is a combination of both ‘fear’ (Khawf) and ‘magnification’ (Ta’theem). In other words, it is fearing something that you have an awareness and awe of, and not something unknown and repulsive. That is why Allāh says: “Only those of His slaves with knowledge have fear (Khasya) of Allāh.”[2] It is a positive fear having positive effects on the person.

The fact that khashya was placed next to Raḥmān (the Most Gracious) teaches us that the real believer is not deceived by Shayṭān into thinking that since Allāh is all-Merciful, He will let the sinner get away with sinning and neglecting His instructions. The true believer recognises and hopes in the mercy of Allāh but still fears His punishment nevertheless. Allāh says:

Some people think that being warned about death and the Hellfire is morbid and harsh and claim that we should only speak about reward and mercy. The reality is that we need to recognise the positive results that remembering death and being warned about the accountability has on the human heart and on reforming society. Without constantly warning ourselves and one another of the potential punishment, should we choose to lead a life of disobedience, we will fall into total negligence and heedlessness. Thus it is a balance that we need to strike between being fearful of Allah’s punishment and hoping in His reward. Straight after the warning, the verse concludes with a statement of relief and an indication of Allah’s vast forgiveness, “Give them the good news of forgiveness and a generous reward.”

‘Fearing the All-Merciful’ may seem strange at first glance as mercy is something that one would embrace and not fear. This can be appreciated by reflecting over the role that Allāh’s Mercy plays in the operation of the Universe. It is due to His Mercy that night and day happen to pass in splendid harmony providing us with the ideal environment to live in relative peace and stability. Therefore, the true believer hopes for His mercy and fears its absence,6  as the absence of His mercy will lead to the occurrence of calamity and natural disasters.

This āyah is particularly pertinent in our day and age where many ignore the inherent limitations of human beings, how our ability to understand or benefit from something is directly linked to our sincere desire to do so. Realising that only those who are sincerely seeking the truth will be able to benefit from it, puts into perspective the barrage of attacks Islām and Muslims receive almost daily. For those who sincerely desire to follow the truth—even if it goes against their culture and traditions—the clarity and eminence of Islām is manifest. However, as for those with a deeply embedded hatred for “other” paradigms or ways of thinking, or blind subservience to their ephemeral lusts and fancies, those are the ones that lead the way in the desperate propaganda against Islām and Muslims. Their “da’wah” consists of trying to obscure facts by misrepresenting and often outright lying about normative Islamic beliefs and practices and those that propagate them, whilst much effort is expended by Muslims in order to clarify these lies and distortions, to unveil the facts. There often comes a point in a person’s Da’wah where he or she realises that those they are trying to guide are too arrogant, distracted or indoctrinated to benefit from a reminder. The job of the warner therefore must include, to some extent, creating a thirst to desire truth and a fear of the consequences of apathy or rejection.

Up to this point Surāh Yā-Sīn has spoken about two pillars of Īmān i. Faith in Allāh alone as the only true god to be worshipped ii. Faith in the Prophet. Now Surāh Yā-Sīn speaks of a third pillar, the fundamental objective of this chapter: resurrection…