The Call to Truth and the Devastating Regret 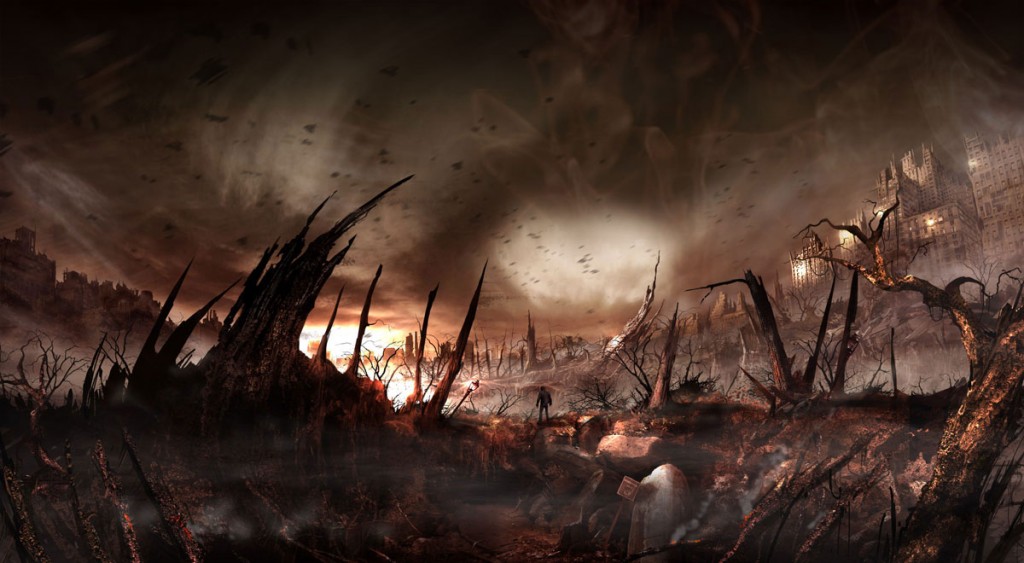 Part 13 – The Call to Truth and the Devastating Regret

Having related to us the story of the resolute man and the barbaric way in which the disbelievers of the Town killed him, Allāh turns our attention to these people of Antaakiyah. He, Glorified and Exalted is He, Himself takes vengeance on behalf of His believing slave.  How Allāh deals with those who come head-to-head with His servants is demonstrated here…

28) We did not send down to his people any host from heaven after him nor would We send one down.

Al-Razi states that after relating to us the situation of the Believer Habīb, and the supreme success that he had attained, Allāh turns our attention the people of Antaakiyah.[1] The ‘host’ or ‘Jund’ mentioned in the verse refers to a message, a Prophet or an army of soldiers that would come and crush them.[2] Ibn Juzay holds that it either refers to sending down Angels as further messengers to help guide the people, similar to how the Quraysh would ask the Prophet why Allāh does not send an Angelic messenger, or it refers to sending down punishment by way of a Jund. In the negation of this, Allāh confirms that He will choose to punish them in a manner that shows their insignificance and lowly nature through a great blast as mentioned in the next verse.[3] It is as if to say such people are not even worthy of Angels being dispatched to destroy them.

Al Qurtubi mentions something similar to al-Razi, except that he adds that “nor would We send one down” is a way of belittling their matter, in other words, sending down angels or troops from the heavens is something of a grander matter, not befitting of you, people of Antaakiyah, but rather befitting of my Prophet Muḥammad (sall Allāhu ʿalayhi wa sallam) whom I assisted with not one, but five-thousand angels when one was enough and capable. Rather, We will take care of them with only one Great Blast (al-Sayḥah).[4]

This verse shows the extent of Allāh’s Anger with these people and His desire to take vengeance without delaying their punishment any further as, no doubt, more than enough of a case was established against them. Not one but three Messengers had been sent to them and thereafter came the Believing man from their own community, one of their own, making the same compassionate Call to Truth. But they rejected them all and instead threatened, abused and murdered them. Allāh thus destroyed the king of the town and the entire people of Antaakiyah who joined in and completely removed them from the face of the earth, leaving no trace of them whatsoever.[5]

29) It was but one Great Blast and they were extinct.

Not two or three blasts, but a single one so immense in magnitude and so powerful that it plucked them from the face of the earth one by one.

The term ‘Khāmidūn’ (they were extinct) mentioned in the verse literally means the burning out of a candle or flame, particularly the last stages wherein the fire slowly dwindles and then vanishes to produce smoke. This imparts powerful imagery of them all lying on the ground gripped in agony, perhaps looking at each other one final time but unable to say anything as life depletes from their bodies. The light of Īmān was brought to them, but they preferred darkness; and so their fate, like a weak dwindling flame, was simply blasted away into nothingness.

Since the story was related in the Glorious Qur’ān, the warning becomes applicable and pertinent to the Quraysh and by extension, to all those who come after. It must be emphasised here that this severe warning is extrapolated to both you and me and the whole contemporary world. The timelessness of the Qur’ān entails that its lessons are by the generality of its meanings and not by the specific reason for its revelation or the stories that it relates.

30) Alas for My slaves! No Messenger comes to them without their mocking him.

Ya hasratan ʿAlal ʿibād… What regret and anguish the people felt at themselves at having mocked and ridiculed the Messengers of Allāh, and for neglecting the Command of Allāh. Hasrah here refers to deep regret (Nadam) that turns into anguish or grief (Hasīrah). It is reported from Abū al-‘Āliyah that the ʿIbād (slaves) mentioned here refers to the Messengers themselves, therefore implying that when the people of Antaakiyah saw the punishment (ʿAthāb) coming their way, they began to say: ‘Ya hasratan ʿAlal ʿibād’ as if to say, ‘O how we regret having killed those ʿIbād and not believing in them!’ But to what avail is their wish of having this Īmān now?[6] Allāh emphasises the perpetual regret of the rejecters of the Prophet Muḥammad (sall Allāhu ʿalayhi wa sallam) in another Sūrah:

“On the Day when their faces will be turned over in the Fire, they will say: “Oh, would that we had obeyed Allāh and obeyed the Messenger.”[7]

Ibn ‘Ashur mentions that the use of an exception (Istithnā’) term, in the statement: “ma ya’tīhim min rasūlin illa kanū bihi yastahzi’ūn”, meaning ‘no Messenger comes to them except that they mock at him’ emphasises that whenever a messenger comes to the people, regardless of their state, their tradition, the extent of their false religion or values and begins to call them, their reaction, in general, will be of mocking (istihzā’) towards him.[8] It is amazing that even in our contemporary day we find that Islamophobic articles, documentaries, tweets or posts all share the same underlying tone of mockery. Seldom do these Islamophobes dare put up an intellectual challenge, or take an educated approach as they know they will be unsuccessful in dismantling Islām and would instead ridicule themselves.

The fate of the people of the town was particularly miserable. Allāh negated that their ending would be like other disbelieving nations that were destroyed by way of creatures coming down from the sky, or by hosts of angels coming down to destroy them. In the end, Allāh sent one angel who let out one cry and that destroyed them all!

“If only you could see when they are standing before the Fire and saying, ‘Oh! If only we could be sent back again, we would not deny the Signs of our Lord and we would be among the Mu’minūn (believers).’”[9]

One should always contextualise this phenomenon through the paradigm of a Life to Come, feeling a sense of pity for those who do not realise the magnitude of the hole they are digging for themselves. Eventually they will come to regret their actions in a worldly sense and finally in the hereafter.

Realise that though most people in general will reject the Call to Truth we need to continue making it as a duty before Allāh and out of a sense of compassion towards humanity. The story of the Believing Man from this passage gives us strength to deal with rejection and abuse and make us feel part of a bigger cause and movement. Look at the life of Yūsuf (ʿalayhi al-Salām) and how he gave Da’wah, even in prison to criminals!

“My fellow-prisoners, are many lords better, or Allāh, the only One, the Conqueror?”[10]