To Awaken the Atheist & Polytheist 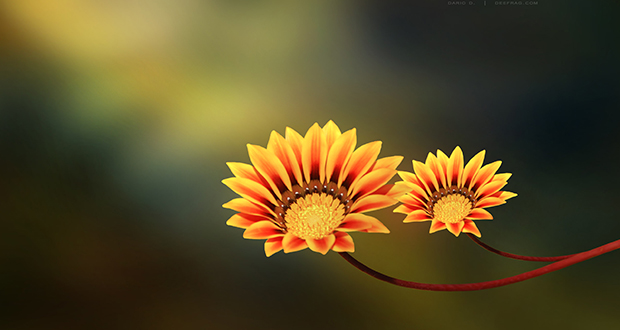 The greatness and power of Allāh is elucidated in these verses. If He, the All-Mighty, is able to create all that we see around us, then surely He can AND will resurrect our very own bodies for the Day of Reckoning. The Day that mankind will stand in front of the Lord of the Worlds for their final account.

Part 16 – To Awaken the Atheist & Polytheist

(36) Glory be to Him who created all the pairs: from what the earth produces and from themselves and from things unknown to them.

Glory be to Allāh who, after giving life to the dry, barren earth, created all things in pairs from which people witness the coming forth of grains, and then the plants and trees from those seeds. This amazing cycle of life, growth, death and then life again, all points to the wisdom of the One who created such a seamless and finely balanced system. A crucial part of that cycle, or ‘ecosystem’, is that there are pairs (Azwāj) within each layer of organism that make that ecosystem work, and just like humanity, to facilitate fertilisation and re-growth. The whole cycle functions because the pairs play complementary roles (Idmāj).[1]

The perfection with such beautiful diversity of colours coming from the plant-life of the system we witness purges all defects and shortcomings from the One who created and as a result we glorify Him, or declare His perfection and freeing from any defect or blemish, the Most High which is the meaning of ‘Subhān Allāh‘ or ‘glory be to Allāh’. Glorified again is He who made their children as male and female, ‘and from themselves’.

After naming a few well-known provisions Allāh then states that there are many more out there that the Children of Ādam do not know of as Allah states,[2] “…and He creates other things you do not know”,[3] which are also created in pairs and with the same aptness, both visible and invisible. To bring this meaning closer and to merely begin appreciating the elements of the creation of Allāh that we may not know of, a recent study by the World Wildlife Fund reported at least 441 new species of plants and animals discovered in a remote part of the Amazon rain forest between 2010-2013.[4] This is on land, let alone in the sea or in the sky and outer space! Researchers scoured the region and found 258 species of plants, 84 fish (including a vegetarian piranha), 22 reptiles, 18 birds and one new mammal, as well as a monkey that purrs like a cat when happy! Many of the species are believed to be endemic to the rainforest and found nowhere else.

The word ‘pairs’ (Azwāj) denotes a variation in types (Anwā’) and descriptions (Asnāf), therefore implying, variation in types and descriptions, and each pair has its own unique attributes, characteristic, colours, size and so on. In fact it is their own unique qualities that make them a pair (Zawj) to others. The word Azwāj can refer to male and female. From what the earth produces (Tunbitu al-‘ard) refers to the Nabāt; namely the varying plant shoots that sprout up from the earth. These are just one type of the Azwāj Allāh has created. Allāh Most High, having told us that the plants are made up of varying parts, then relates that same phenomena to human beings. We too live as pairs and that allows us to procreate and continue to survive as a species.

Allāh absolves Himself from the blasphemous statements of the disbelievers about Him and their worship of others beneath Him even though they have seen so many of His blessings and the imprint of His might and majesty in the creation around them.[5] Having created all things in pairs, a believer acknowledges that Allāh is separate to His creation and not bound by any similarity. He is One, without partner or son, and exalted above all that transgressors ascribe of such kind.

“…and from things unknown to them”

Allāh then opens up the phenomena of species being made up of pairs (Azwāj) and relates it to everything else such as the other creatures on land, in the oceans, in the sky and so on. Some of these things you may not know about but the angels do or things that no one else knows of except Allāh. If this shortcoming exists in creatures in general, does it then make sense to turn in devotion to anything from these creatures like your idols, animals, people or other elements taken as deities of worship?

Based on this all, Allāh is certainly above and transcends all the claims of the Quraysh that Allāh has rivals or that He does not have the ability to resurrect man. Allāh’s greatness necessitates that we do not ascribe any defect or shortcoming to Him.

The words contained in verse 36 carry a sense of astonishment (Ta‘ajjub). One of the uses of the term Subḥān Allāh in the Qur’ān is to denote amazement and that is how it is being employed here i.e., it is astonishing to see people engaged in Kufr despite the immense favours Allāh has conferred on them in terms of the diversity that He built into creation.[6] An example of this is when a nomadic Arab came to the Messenger of Allāh (sall Allāhu ʿalayhi wa sallam) and said: “People are suffering from distress, the children are hungry, the crops are withered, and the animals are perished, so ask Allāh to grant us rain, for we seek you as our intercessor with Allāh, and Allāh as intercessor with you.” The Messenger of Allāh (sall Allāhu ʿalayhi wa sallam) replied: “Woe to you: Do you know what you are saying?” Then the Messenger of Allāh declared Allāh’s glory (Subḥān Allāh) and he continued declaring His glory (saying Subḥān Allāh) until the effect of that was apparent in the faces of his Companions. He then said: “Woe to you: Allāh is not to be sought as intercessor with anyone”,[7] rebuking this kind of association (Shirk) with Allāh, and expressing a form of surprise using the term “Subḥān Allāh!”

“When your Lord took out all their descendants from the loins of the children of Ādam and made them testify against themselves ‘Am I not your Lord?’ they said, ‘We testify that indeed You are!’ Lest you say on the Day of Rising, ‘We knew nothing of this.’”[8]