Let that be a Lesson, O Enemy of Allah! 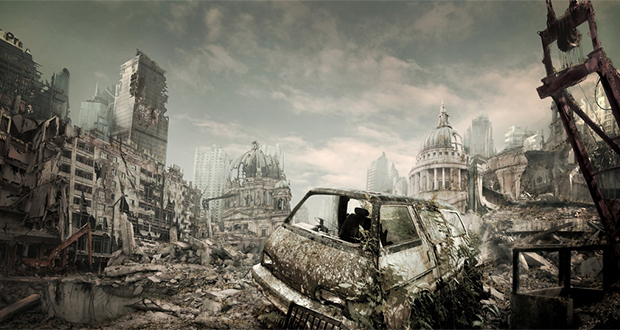 If an audience of the Quraysh were listening in to the Prophet (sall Allāhu ʿalayhi wa sallam) reciting this story from Sūrah Yā Sīn surely they would reflect over the horrific fate that came to the people of Anṭākiya…? Surely they would get the message and moral of the story which is: reject God’s Messenger and await a similar fate. What about the audience of the modern world, should they not reflect over that same lesson?

31) Do they not see how many generations before them We have destroyed and that they will not return to them?

Do these disbelievers from your people O Muḥammad (sall Allāhu ʿalayhi wa sallam) not see how many a people that came before them were destroyed due to their denial of Our messengers and Our clear signs. Without a doubt, they will not be returning to this world after having been removed from it.[1] Rather they will be returning to the Most Just of judges, Allāh, Exalted and Magnificent is He.

The following verses are a clarification of the consequence of those who ridiculed the messengers when they came to their people with the clear signs of truth, and the final end of these rejecters (see verse 30) whose regret will become apparent on that Day. Many generations have come and gone. What remains of them? Who of them can return to narrate to us their affliction or change the course that they tread? It is such incredible regret that will cause them to bite at their hands in their utter despair at any second chance:

This is also a stark warning to any enemy of Islām, whether an open enemy or one who seeks to destroy it from within. The fate of these people who work tiresomely to mock the religion and its people will become stark on that Day (of Judgment).

“They desire to extinguish Allāh’s Light with their mouths but Allāh will protect His Light, though the disbelievers hate it.”[4]

Their eager efforts to grow seeds of doubt and disunity in the nation of Muḥammad (sall Allāhu ʿalayhi wa sallam) will only ever serve to grow the extent of horror, regret and their pit of fire in the next life.

32) Each and every one will be summoned to Our presence.

This verse further extrapolates on the previous. Those nations that have come before, who mocked their prophets all ended up with the same fate: utter and overwhelming regret (Hasrah). Yet, despite this well-known phenomenon, each nation, though aware of the end of a previous, ancient, disbelieving nation, followed them in their footsteps of rejecting their Messengers and thus tasted the same fate. When will the present nation take heed from the destruction of its predecessor?!

A profound lesson can be extended to us here. As Muslims it is upon us to know and understand the end of those who came before us, both those whom were destroyed, such as ‘Ad, Thamud, the people of Noah, Lūt and the people of the Pharaoh that were destroyed due to their wrongdoings, in order that we ourselves do not fall into the same pitfall as they did. An intelligent Muslim does not separate a repercussion from its cause, nor does he wish that he repeat a cause that lead to another’s pity. In an authentic narration, the Prophet (sall Allāhu ʿalayhi wa sallam) informs us:

“The Muslim does not get bitten from the same hole twice.”[5]

“On the Day the earth is changed to other than the earth, and the heavens likewise, and they parade before Allāh, the One, the All-Conquering, That Day you will see the evildoers yoked together in chains, wearing shirts of tar, their faces enveloped in the Fire. So that Allāh may repay every self for what it earned. Allāh is swift at reckoning.”[6]

Allāh used the word Jamīʿ, which means bringing together (Majmūʿ). This is the opposite of separating (Mutafarriq). This word is used when many things that were once scattered or separated are brought together. Thus the meaning that is portrayed here is that Allāh will bring together all of these nations regardless of time, era, space and place them before Him for accountability (Ihdaar) as oppose to addressing them as separate nations who lived in different times and different places.[7]

The term Jamīʿ also portrays the fact that we all will be present; ourselves, along with our deeds before Allāh in the hereafter. What is it that we have prepared to show our Lord?

In these verses are an important lesson for us all; the importance of having knowledge of history and the culture of the people so that we are most effective in our propagation (Da’wah) to Islām. Knowledge of the specious arguments ancient nations levelled at the greatest of men, Prophets and Messengers conditions a contemporary caller to Islām to expect similar, without making this a means of demotivation and defeat. Sūrat Hūd is replete with prophetic stories, their call, their nation’s rejection and their eventual fate. Amazingly, Allāh outlines the underlying purpose of narrating such wholesome stories in his words:

“We have given you all this news about the Messengers so We can make your heart firm by means of it. The truth has come to you in this and an admonishment and reminder to the believers.”[8]

Commenting on this verse, Ibn Jarīr says, ‘[it is to] make patient your heart (O Muḥammad (sall Allāhu ʿalayhi wa sallam) so that it does not grieve [at your people’s harm].[9] Although one may embrace his message to the extent that he ties to it his emotions, people in reality belie the essence of the message rather than the person embracing it, even if the criticism may seem personal, as was the case with the Quraysh towards the Prophet (sall Allāhu ʿalayhi wa sallam).

“We know that what they say distresses you. It is not that they are calling you a liar; the wrongdoers are just denying Allāh’s Signs.”[10]

[5] Bukhari and Muslim on the authority of Abu Hurairah