Overview of the magnificent Yā Sīn 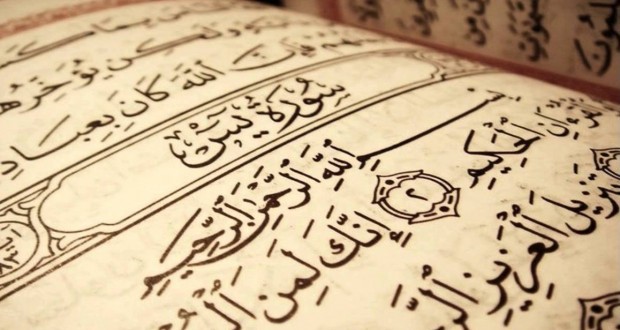 Ibn ‘Āshūr, eloquently described this Sūrah saying that it ‘revolves around establishing the fundamentals of the religion in the most complete and articulate way. Among these fundamentals is the message, revelation, the miracle of the Qur’ān, the characteristics of the prophets, establishing the concept of predestination, the knowledge of Allāh, the gathering, monotheism and gratefulness to the One who bestows blessings.’[1]

In summarising this chapter, we find that it revolves around three main themes:

The theme that is most strongly emphasised in this Sūrah is that of resurrection.[2]

Imām Qurtubi (D.671AH) mentions that this chapter is Makki by a consensus, save verse 12 as mentioned by a group of scholars.[3]

It was revealed before Sūrah Furqān and after Sūrah al-Jinn, which was revealed in the 10th year of Prophethood[4] Violence, aggression and oppression by society are in brief a description of the lifestyle that the Makkan Muslims were going through. The Quraysh rejected and refuted the notion of one God, a messenger, and divine revelation. However, their rejection was coupled with tyranny and transgression, leaving the Muslims cornered and exposed for approximately 13 years, all because they had chosen to leave the corrupted religion of their forefathers.

The journey in this Sūrah begins by the mentioning of what is known as the disjointed letters (Huroof al Muqata’āt). They are simply letters from the Arabic alphabet put together, but not forming a word.

There have been numerous interpretations as to the meaning and purpose of these letters. We can summarise by saying that these letters have no meaning in the first place, but have a symbolic purpose; the letters in all instances point to one symbolic meaning in that Allâh is stating that this miraculous Qur’ân was but the coming together of these letters that you all know of and can articulate in your own speech. Thus the challenge is laid down to you O mankind, to try and match the Qur’ân if you can, but if you cannot, then submit yourself to it. What supports this view is the fact that usually you find a mention of the excellence of the Qur’ân after the mentioning of these disjointed letters.[5]

Verse two follows on from the disjointed letters and affirms the excellence of this beautiful Qur’ān. Allāh describes it as ‘Hakīm’ which in this context is understood as being ‘Muhkam’[6]: meaning it is clear, precise and exquisite in terms of its rulings as well as it style and eloquence. It unlocks man’s potential as it contains much wisdom. The fact that Allāh took an oath by the Qur’ān itself, points towards its nobility and perfection.

According to the great scholar of Tafsīr, Imām Al-Tabari, the general meaning of these verses is that: You (i.e. Muḥammad) are certainly from the Messengers, sent by the Master (Rabb), the Almighty (al-‘Azīz). It is Allāh who exacts vengeance upon those who disbelieve in Him. He is also the Most Merciful (al-Rahīm); merciful to the one who turns back to Him and leaves his disbelief and evil-doings.[7]

An imperative observation to highlight is that here we have the greatest man to have ever stepped foot on this earth being consoled by his Lord due to the hardships that he went through. This has the profound effect of building strength in the Prophet through unity of purpose, affirming to him that he is no ordinary man but rather one of the selected elite from mankind. Furthermore, it is reminding him that he was not alone in facing such stern and hostile opposition from those who denied the message of Allāh. Thus the Quraysh are like those previous nations of the past who chose to deny their messengers too.  Reflecting on this point above, if Allāh chooses to console the greatest man to have stepped on this earth, then what about us?! Are we not in more need of being consoled by our Lord? Are we not in need for a Higher authority telling us that this path we are treading is the truth, especially when we Muslims are being attacked on a spiritual, psychological and even a physical basis day in day out? The lesson for any inviter towards Islām is that no doubt he will face difficulties and that he too is in need of that comfort and support from his Creator and then those around him. The greatest comfort and consoling for any person in this world is that he worships his Lord sincerely and singles Him out for all his acts of worship. Nothing in this world can compare to that feeling of being close to Allāh!

The use of the attribute of Allāh to describe the Qur’ān informs us that it contains a powerful message because it is coming from the Almighty (al-‘Azīz). It has intrinsic qualities to guide the people out of darkness and to the light of truth. This is why the next verse speaks of how it contains a warning for mankind.[8] Since it is coming from the Almighty (al-‘Azīz), the impression is given to the reader or listener that he needs to stand back and take notice of it. Just as the Almighty (al- ‘Azīz) holds all the perfect attributes, so too does this Qur’ān as it is His Word. Not only is it mighty and overpowering, it is also a mercy to us and comprises of all the attributes of compassion and honour. The coming together of these two distant attributes al-‘Azīz and al-Rahīm shows the perfection in the Qur’ān.

The last verse in this discussion has a number of key points to mention, one being how we convey the message to our audience.

Unfortunately nowadays, we find a much ‘diluted’ version of Islām being portrayed to the general masses, without a hint of warning the people of a life to come and an incumbent punishment for those who disbelieve. We see the opposite in the life of our Prophet (sall Allāhu ʿalayhi wa sallam). He would frequently warn his people about the punishment of Allāh, even when they were living as a Muslim minority amongst a non-Muslim majority. A number of authentic traditions, including the above verse in discussion shows that one of his (sall Allāhu ʿalayhi wa sallam) primary roles was to warn the people. Allāh mentions, “No indeed! If he does not desist, We will grab him by the forelock, a lying, sinful forelock.”,[9] and “You who are enveloped in your cloak! Arise and warn.”[10]

It is a mercy and blessing from Allāh that He sent this Prophet to us as we are all like those Quraysh Arabs some 1400 years ago. We all have our own piece of heedlessness that needs to be dealt with and the only way to purify ourselves from it is by treating it with the Qur’ān, its recitation, meaning and action.

(3)إِنَّكَ لَمِنَ ٱلْمُرْسَلِينَ  [Truly you are one of the Messengers] There are two linguistic tools used in verses 2-3: i) The taking an oath in verse 2 (Qasm) ii) The additional letter of emphasis verse 3 (Lâm of Tawkîd) These tools are used to completely reject the despicable notion of the Quraysh that perhaps Muḥammad (sall Allāhu ʿalayhi wa sallam) was not a messenger. Indirectly, this is also a show of affection to the Prophet (sall Allāhu ʿalayhi wa sallam) and a means of consoling him.[11]

(4) عَلَىٰ صِرَ‌ٰطٍ مُّسْتَقِيمٍ  [On a Straight Path] “You (O Muhammad) are upon Sirāt Al-Mustaqīm”, i.e. the closest and shortest path to the intended goal. The intended goal is Allāh. So Allāh singles out the Prophet and by implication says you are upon the straight path unlike these other people. An invaluable lesson can be derived for all generations coming after the Prophet (sall Allāhu ʿalayhi wa sallam); following his (sall Allāhu ʿalayhi wa sallam) path will indeed lead to the intended goal, the pleasure of Allāh.

Ibn Taymiyyah notes here that no one should mistakenly think that this verse means that the Prophet was sent to only warn his own people at that time in Arabia. The reality is that the Prophet’s (sall Allāhu ʿalayhi wa sallam) message and warning was not limited to the Quraysh. Rather he was sent to every nation and his message and warning is for all people until the Day of Judgment. His message and warnings apply to all generations and nations after him, and are the means of taking people out of the darkness and despair of disbelief, to the light and tranquillity of faith and conviction.[12]

[5] For an in-depth discussion on the Disjointed Letters, read ch.9 of “An Introduction to Sciences of the Qur’ān”by Dr. Yāsir Qādhi