Only upon us is to Deliver the Message 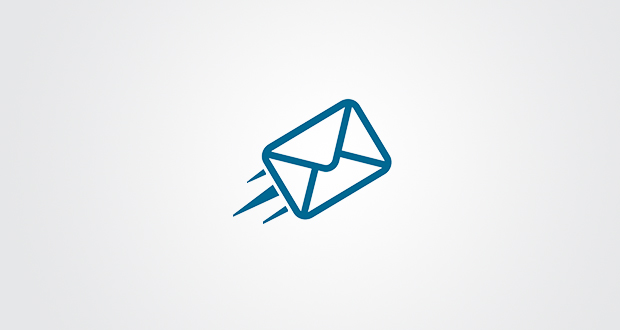 Part 8 – Only upon us is to Deliver the Message

The mere revelation of this profound story served as a piece of beautiful console coming from the Lord of the Throne to his beloved slave and Messenger Muḥammad (sall Allāhu ʿalayhi wa sallam). It was revealed to him during testing times in Makkah where he, along with his followers, lived as a minority, facing a rising tide of abuse, oppression and Islamophobia.

After introducing the story about the three Messengers who proactively sought out The People of the Town to give the message and invitation of Islām, Allāh relates to us their reaction and the dialogue that ensues between Messengers and the people.

(17) ‘We are only responsible for clear transmission.’

The reaction of the people was to aggressively reject the Call of the Messengers and cast aspersions on their integrity by labelling them as liars; “You are simply lying” they said in the previous verse. Did such aggressive character assassination cause the three Messengers to cave in? No! They continued to make the Call and said, defiantly: “Our Lord knows we have been sent as Messengers to you.”

They went further to state for the record that: “We are only responsible for clear transmission”, by ‘transmission’, as explained by Ibn Kathīr, they meant that our duty is to convey to you the message we have been sent with. If you follow it, then you will attain peace in this world and the next. But if you do not respond to this, then you will come to know the consequences of that refusal!’”[1]

They described the message as being mubīn which means clear cut and evident as well as being true. Al-Rāzi mentioned that a message that is mubīn also has the ability of clearly distinguishing truth (Haqq) from falsehood (Bātil).[2]

Bringing the two words together we see that: ’Clear transmission’ of the message includes stating in non-ambiguous terms that Islām is fundamentally different to what you (disbelievers) are upon, but nonetheless offers what will attract you to accepting it. It is only this transmission that one is responsible for, as per its acceptance, then this is upon the owner of hearts; Allāh.

The narrative of the Messengers to such Islamophobic people teaches us not be afraid to argue your case and engage in debate in a calm, measured approach when needed. The fact that the Messengers did not respond to the accusation of being liars or imposters directly but instead sought to reiterate the core Islamic message (see part 7) teaches us that Muslims should take charge of the debate on Islām currently taking place and not be led on tangents by irrational or specious arguments by trying to respond to them. The Islām we hold dear to our hearts is mubīn, clearly the truth, and can be seen as such by sensible people; we should therefore focus our efforts in placing these core Islamic values at the heart of our narrative.

It was clear where this debate was heading between the People of the Town (Aṣḥābul-Qarya) and the Messengers. The tension and friction between the two was slowly increasing but the Messengers chose not to compromise or water down their message to appease the people. This takes us to the Prophetic saying:

(18) They said, ‘We see an evil omen in you. If you do not stop we will stone you and you will suffer a painful punishment at our hands.’

As the Messengers amplified their call, the people too began to increase in their denial and shifted from verbal abuse to threats of physical abuse. “We see an evil omen in you” they said to the Messengers, accusing them of bringing bad luck to the nation. Muqātil mentioned that the reason why the disbelievers attributed an evil omen to the Messengers was due to the fact that rain was held back for three years.[4] In a more modern context that would be similar to saying: the presence of you Muslims is the real reason why we are suffering recession and unemployment… the threat these Muslims pose to the state is second to none. This yet another irrational, unsubstantiated claim being put forward by the People of the Town, reveals that their discourse has now changed. They have now shifted the agenda from simply rejecting the Call of the Messengers to seeking to silence the Call altogether.

“If you do not stop we will stone you and you will suffer a painful punishment at our hands”. Allāh tells us that the people then resorted to threatening them with torture and execution. Of all the ways in which to execute someone they chose the most brutal: stoning.

Indeed, a sign that the proof (Hujja) has been established by the Caller of Truth, is that the rejecter resorts to abuse, personal attack, and threats of violence, “If you do not stop we will stone you and you will suffer a painful punishment at our hands”. It is arguably less gruelling to critique and challenge intellectually, but to get physical and barbaric just goes to show that it was not in their capacity to defeat the Messengers ideologically as they were too strong in this regard. So true this is, especially in our times when propagandists cannot critique the message of Islām, so resort to taking a small minority who commit evil and generalise, saying that it is Islām which preaches this, or their ideology which mechanically pushes them towards violence, as the discredited conveyor belt theory attempted to propagate. [5]

Those who advocate what the media and certain politicians consider ‘extremism’ are classified as extremists without lending them a podium for intellectual rebuttal. ‘Character assassination’ is but a classical tactic adopted by the musclemen, for they are the ‘voices of reason’, the ‘callers to progression’ and the ‘moderates’. By character assassinating those indicted, the layman is forced into a single narrative just in case he is convinced by the other. The Pharaoh understood very well the Da’wah of Musa (‘alayhi al-Salām) and internally acknowledged that he was not a ‘madman’. When the foolishness of this accusation unfolded, he threatened Musa of imprisonment in case his compelling message guided those whose internal arrogance had not repressed their internal conviction.[6]

Perhaps now, when their very lives are threatened, the Messengers would take a step back, retreat and try to “stay under the radar” of the authorities,

(19) They said, ‘Your evil omen is in yourselves. Is it not just that you have been reminded? No, you are an unbridled people!’

These people tried to blame the Prophets for their own misfortunes but the Prophets put them straight saying, “Your evil omen is in yourselves.” In other words, whatever misfortune is happening to you is because of your own evil.[7] Allāh has decreed that certain calamities will strike people as a result of their bad conduct towards God and His Messengers. This is a core principle in our religion; we hold no belief that we inherit the good deeds or sins of our forefathers unlike the beliefs of other major world religions. Allāh says: “Why is it that when a calamity happens to you, when you have already inflicted twice as much, you say, ‘How could this possibly happen?’ Say, ‘It has come from your own selves.’”[8] The statement, “No, you are an unbridled people!” clarifies the response of the Messengers. It is wrong of you (disbelievers) to think that we have a hand in your misfortune. Rather you are a wretched people who are constantly sinning and transgressing the rights of Allāh.

All things are ultimately decreed by Allāh, but the aforementioned verse from the chapter “the Family of ‘Imrān” shows us why certain things are decreed for people, like calamities and misfortunes. They are sometimes the result of our own shortcomings in worshipping Allāh and through sinning against Him, the Most Great. It is certainly not due to other people or an act—God be Exalted—of divine injustice. As such, each soul is accountable for what it reaps of good or evil action, and as we will see, this is most manifest in this momentous incident, and Allāh knows best.

[5] “Extremism” does NOT cause terrorism, https://www.islam21c.com/politics/new-study-extremism-does-not-cause-terrorism-2/