Money for Da’wah – is it right? 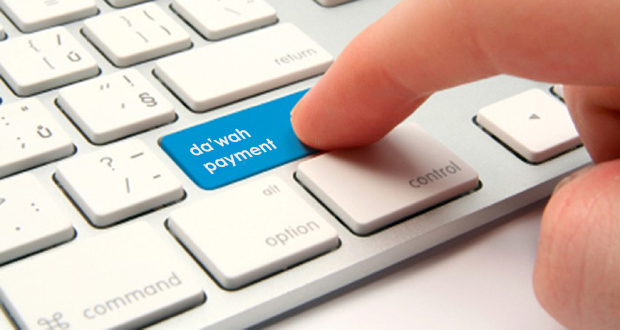 Some of us read about the struggles and achievements of Prophets and deep down feel as though their example is simply beyond our reach and near-impossible to follow. Perhaps that is why Allāh relates to us the struggles and achievements of non-Prophets to help lift our spirits and dispel such pessimism from our minds. One such example of a tremendous role model who was not a Prophet is this Believing Man in the story of the People of the Town. Allāh has already told us that he arrives on the scene of hostility in which the people of this town are itching to kill their three Messengers. Overtaken by his new found Faith in Allāh and the Messengers he comes to their defence saying: ‘My people! follow the Messengers!’, and in doing so he exposes himself as a Believer. What happens next is a remarkable show of compassion, courage and wisdom in giving Da’wah to his people.

Now that the Believing man has grabbed the attention of his people he moves further to utilise this opportunity to build the case as to why they should not reject the Messengers. From all of the reasons he could have chosen to prove that they were genuine and not imposters he chose this one:

21) Follow those who do not ask you for any wage and who have received guidance.

According to Qatāda,[1] as soon as this man heard about the messengers he came to them and asked: “Do you seek payment for what you preach?” they said: “no”. He then said to his people: ‘Follow those who do not ask you for any wage and who have received guidance.’

Allāh, exalted is He, engrained within human beings the ability to intuitively recognise truth and the people of truth by giving them all a Fiṭrah (innate disposition and moral-compass). Put simply, if you see certain traits in a person’s character you take them as a sign of their genuineness and sincerity. This is what Habīb b. Murā, the Believing man, was referring to when he said: “Follow those who do not ask you for any wage.”

As al-Ṭabari explains, Habīb was telling them to follow those who do not ask you for any wage in return for their advice and admonition and on top of that, they, the Messengers, are committed to guidance and definitely upon the path of Truth so take from their guidance and be guided yourselves.

No doubt if they had a hidden agenda they would seek out some form of wage, remuneration or reward in exchange for their advice or seek out some worldly gain for it like position and power. The fact that they did not points to the fact that they are genuinely concerned for the people’s well-being and that their actions are born out of compassion; therefore, Habīb argued: “follow them”.

This is a statement of comprehensive wisdom as stated Ibn ‘Āshūr[2] and delivers a wholesome, generous offer: follow those through whom you will lose nothing of your Dunya (they will take nothing of your money) while gaining everything in your Hereafter.

Ibn al-Qayyim adds that Habīb first pointed out (in the previous verse) why they should not oppose the messengers by clarifying that that they are ‘Mursalūn’ i.e., a category of people that should be listened to as they are truthful and guided.[3] Then he pointed out to them that there was no reason to suspect anything untoward from them due to the lack of evidence, (requesting no compensation for their call), which means they are clearly not after worldly gain or status in the society. Thus he provided them with a clear reason to follow these messengers and removed any possible reason for hesitation or doubt.

22) Why indeed should I not worship Him Who brought me into being, Him to Whom you all are returning?

Habīb then becomes more sophisticated in his speech and attempts to persuade them to submit to the Messengers from another angle. He now goes on to question himself in their presence inferring, “how is it befitting for me to worship other than He who created me?” Rather than verbalising his personal thoughts, he is in fact communicating a powerful message in an indirect way and that is: ‘how could you people even think about devoting yourselves to someone other than the One who you owe your entire existence to!’ This is why he directs the next part of the statement to them directly: “to Whom you all are returning?” By seemingly moving between the indirect statement to the direct one he came across more eloquent and less aggressive and thus making it all the more persuasive. It was at this instant that they suspected that he too was a believer, a ‘fanatic’ of what was to them an ‘extreme’ call to something they had never heard of before.

According to Ibn al-Qayyim, in this believer’s address he put forward a pure, attractive and well-reasoned argument without addressing them directly. Instead he spoke aloud to himself in order to take an indirect approach, easier for them to hear.3 Without doubt, it is more difficult to get angry at someone advising you by way of implication. For instance, in this scenario, by advising himself first the man makes it easier for those who hear him to accept his advice, as it is clear that he wants for them what he wants for himself!

In fact, Allāh moulded the Fitrah and intellect of man to feel the need to show gratitude to the one who benefits you, takes care of you, and to love those who are good towards you. Moreover, man also recognises that to reciprocate such care and goodness with indifference and animosity is of the worst kinds of evil. Why should our feeling of gratitude extend only as far as the creatures of Allāh, and not be leant in the most complete form to the Creator and Provider of all?

The believer ends his admonition with a genuine warning, to instil fear in them, reminding them that your end will be to Allāh “to Him you will return” and from Whom you will never be able to escape.

In this man’s Da’wah he commands his people “Ittabi’ū” (follow) twice. He first instructs them to “follow the Messengers” and then in the next verse to “follow those that do not ask a wage”. This indicates that he was in fact instructing his people to follow the Messengers and any people besides them who do not ask for a wage in exchange for sound advice and admonition. Generally speaking, people start to suspect a person who charges exorbitant amounts of money in exchange for religious advice as being insincere and a perhaps a charlatan. This is also why the particle “mann” (meaning ‘those who’ in general terms) was chosen as opposed to “alathīna” (meaning ‘those who’ in specific terms).

The word ‘Fataranī’ comes from ‘Faṭr’ meaning to cleave or split open and that is why the word Fuṭūr or Fiṭr is used to refer to opening the fast. It also holds the meaning ‘to bring out’ or to ‘originate’. ʿAbdullāh b. ‘Abbas (raḍiy Allāhu ʿanhu) says that “I never knew what the ‘Fātir’ of the heavens and the earth meant until I was approached by two Bedouins who were disputing over a water well. One of them said: ‘I am the one who ‘Fatartuhā!’’” so he knew that he meant he was the one who originated it or initiated it when before the well had not existed.[4] So in this context it means to bring into being for the first time before which it was non-existent.

Is it wrong to accept money for teaching Islām? I hear you ask! According to Ibn ‘Atiyyah, this verse indicates a form of shortcoming (naqs) in the person who takes money to teach others something that is obligatory from the Sharīʿah, like how to pray Ṣalāh and the like which is binding on the person who possesses such knowledge amidst a community who do not. This is because he is similar to a messenger sent to convey to a people who do not know any better. On the other hand, this shortcoming does not apply to a person who has been appointed in the position of a judge or Imām, both positions being not binding upon the person to take. It is well-known that Abū Bakr took a stipend for his Imāmah (leadership) when he was appointed the Khalīfah. Saying this, we must remember that:

1. There is a difference between something being outright Harām and saying it is ‘blameworthy’ or shows a ‘shortcoming’ on behalf of that person. Something may be blameworthy but stops short of being an outright sin;

2. There is a difference between saying it is ‘allowed’ to charge for teaching Islām and charging extortionate amounts for it; breaking the charity pots of Islamic societies and creating massive awkwardness, discomfort and more often than not, resentment.

Allāh affirmed His exclusive right to our devotion by highlighting to us His attribute of being a Creator. The attribute of Khalq (creation) is a key attribute through which human beings recognise a deity as a true deity. Allāh says:

“What! they associate (with Him) that which does not create anything, while they are themselves created!”[5]

“And those whom they call on besides Allāh have not created anything while they are themselves created.”[6]

An axiom that all human beings intuitively accept is that the Creator of all must be the Deity of all. That is probably why those ‘atheists’ who are cognisant of this tend to deny that there is a Creator in the first place, namely to absolve them of any further responsibility.

There is Tasliyah (consoling) of the Prophet (sall Allāhu ʿalayhi wa sallam) in this verse for he undeniably never requested a wage for his calling to Islām, and thus this affirmation of veracity for the messengers for this characteristic is by default extended to the Messenger (sall Allāhu ʿalayhi wa sallam). When Utba b. Rabī’ah pleaded to the Prophet (sall Allāhu ʿalayhi wa sallam) saying: “If you have any (financial) need, we shall pool our resources for you until you become the richest man of the Quraysh. If you desire honour, we will appoint you over us until you are consulted in every matter and if you desire dominion, we will give you ownership above us. If you desire a woman, you may choose any of the women of the Quraysh and let alone one, we shall marry ten of them to you,” the Prophet answered by simply reciting the beginning verses of Sūrat Fussilat:

“Hā Mīm, A revelation from the Beneficent, the Merciful Allāh. A Book of which the verses are made plain, an Arabic Qur’ān for a people who know. A herald of good news and a warner, but most of them turn aside so they hear not…”[7]