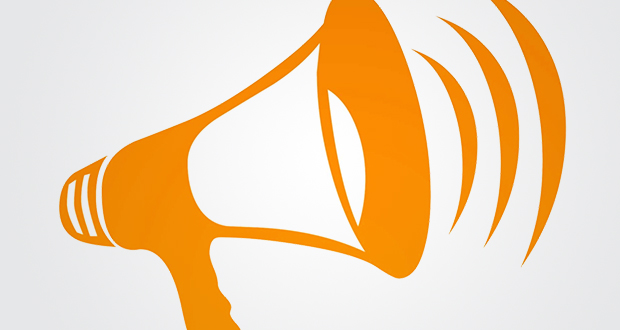 This Believing Man from the story of the People of the Town is a tremendous role model for Muslims living in Europe, experiencing the rise the Islamophobia.

Allāh has already told us that he arrives on the scene of hate in which the people of this town are itching to kill their three Messengers. Overtaken by his new found Faith in Allāh and the Messengers he comes to their defence saying: “My people! Follow the Messengers!”, and in doing so he exposes himself as a Believer. What happens next is a remarkable show of compassion, courage and wisdom in giving Da’wah to his people.

Aware of the hysteria surrounding the Prophets he began his speech in the first person: ‘Why should I not worship Him Who brought me into being?’ This approach of speaking about himself was a wise move. He was being subtle but the question itself would have provoked them to think sensibly: It is God who has freely given us our lives and every precious moment of our existence; should I not then devote myself to him as the Prophets have been saying all along?

Now in case you did not interpret my hint, or fathom my indirect approach, I will lay it to you more assertively though in the same gracious manner.

23) Am I to take as gods instead of Him those whose intercession, if the All-Merciful desires harm for me, will not help me at all and cannot save me?

“Am I to take as gods instead of Him..?” Habīb asks, ‘should I worship a deity other than Allāh?’ These deities are a result of your own handiwork, feeble and incapable. They are false and so your worship of them is also false. “If the All-Merciful desires harm for me”, if ar-Raḥmān inflicted me with some harm, then these fabricated deities “will not help me at all”, neither can their intercession in and of itself benefit me, nor can the intercession save me from harm’s way, nor could it even purify or remedy me after I have been harmed. So on what basis is your devotion and veneration to such useless entities?

According to Ibn ‘Ashur, ‘a’atakhithu’ ‘am I to take’ is a negative question known as ‘istifhaam inkaari’[1] or questioning out of contempt as opposed to a question that warrants an answer. After giving them a light-hearted piece of advice, Habib swiftly moves to destroy their ideology regarding the intercession of demi-gods, however, he maintained an indirect address to keep their attention focused on the message rather than stimulating a defensive attitude or confrontation.

With such words did Habib address their innermost moral compass, understanding that what every ‘Ābid (worshipper) desires from his Ma’būd (the object of worship) is to come to his or her aid in times of desperation and to deliver them out of hardship as Ibnul Qayyim logically notes.[2] People realise by their intimate nature that Allāh has created them upon that if all worldly means are exhausted in pursuit of the many challenges in life such as, trying to conceive a child, get a job, pass an exam, overcome gruelling anxiety, if all are depleted and no results materialise, supernatural help is needed. If anyone denies this, or claims to find no such yearning, then the most desperate of times will prove otherwise:

“…when some of you are on a boat, running before a fair wind, rejoicing at it, and then a violent squall comes upon them and the waves come at them from every side and they realise there is no way of escape, they call on Allāh, making their Deen sincerely His: ‘If You rescue us from this, we will truly be among the thankful.”[3]

We notice in Habīb’s articulate address a very competent ability to re-word the core concepts of Islām such as the full components of the Kalimah or declaration of faith including its requisites in a language suitable for the people’s understanding. In his statement:

“And why should I not worship Him” points towards the presence of a deity worthy of worship, an ilāh. Then “am I to take as gods instead of Him” implies that having affirmed this, you should negate all other deities besides Him. If we add the two components we form: la ilāha ila Allāh – ‘there is no God worthy of worship save Allāh’, elucidated in the language they understood.

24) In that case I would clearly be misguided.

By this, Habīb is implying that if I did take another deity besides Allāh I would surely be in clear error. So whoever contemplates over the severity of this error will see the straight path. This, as stated by Ibn ‘Ashur, is then the obvious and only answer to the negative question (‘istifhaam inkari’). In other words, if I did take your idols as Āliha (objects of worship) then that would make me misguided…like you! Rather, Allāh is your Lord and not these lowly idols. Gradually, Haīib is adopting a bolder approach, almost now explicitly exposing himself as a believer as well as telling his people in no doubtful terms that they are misguided.

This statement was exclaimed by the believing man, either to his people and thus revealing his faith to them in Allāh – the One they were rejecting, or he said this to the Messengers: ‘I testify before you so that you may testify before my Lord that I am a believer who follows His Messengers.’

Just in case his message was not understood unequivocally, nor his true faith revealed the believer then went further and said fasmaʿūn, “so listen to me!”1 But after hearing his advice, the people of the town resolved to kill him, and after disputes as to how he should be killed, they settled on the suggestion that he be stoned. Scholars of Tafsīr mention how as he was being stoned he was repeating the invocation: Allāhuma ihdi qawmī (O Allāh, guide my people), Allāhuma ihdi qawmi, Allāhuma ihdi qawmi. Others state that they leapt on top of him and trampled him until he died on the spot. Not a single one of them relented or held them back.

We see from Habīb’s address how it was a carefully crafted argument that used Taraqqee, i.e., slowly building up the message to a peak in order to make it more penetrative, persuasive and less antagonistic. This is like the compelling argument Ibrāhīm (ʿalayhi al-Salām) fledged at the people of Haraan when he used the stars, moon and sun to champion the concept of Tawḥīd. It contained warning (inthār), both direct: “and to him you shall return” and indirect: “In that case I would clearly be misguided,” essentially saying that ‘I would be astray like you’ but avoiding that terse approach. Notice how the indirect approach makes it easier for someone to take heed and less likely to reject. On this point, if such manners and conduct in articulation can be leant to disbelievers, then why not to Muslims who have strayed, or engaged in unfavourable practices? We learn a great deal from the manners of Habīb, as Allāh instructs:

“Call to the way of your Lord with wisdom and fair admonition, and argue with them in the kindest way. Your Lord knows best who is misguided from His way. And He knows best who are guided.”[5]