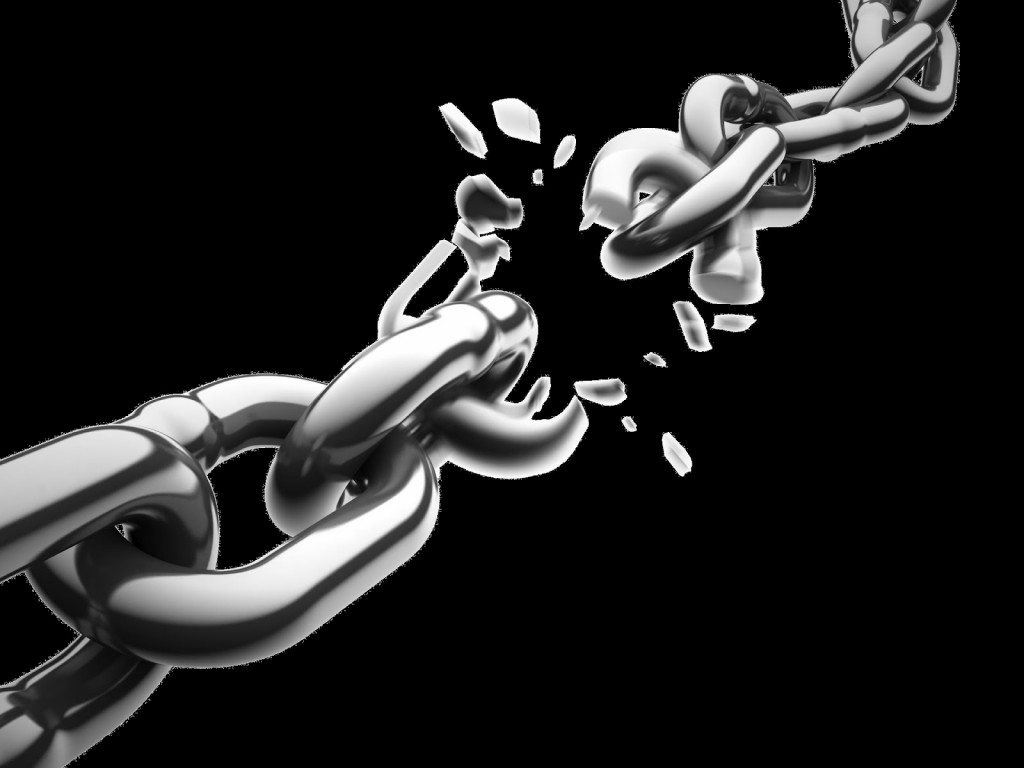 Every individual is disposed upon acknowledgement of a Lord, a transcendent creator worthy of worship. Some fear the repercussion of admission, whilst others actively allow enveloping layers of arrogance to veil this realisation until it is rendered in their minds a myth. With the occurrence of calamity, arrogance is coerced into humility as one’s weakness becomes manifest. In time of ease, this detrimental illness of arrogance is quelled with a fine balance of hope and fear.

(45) They are told, ‘Have Taqwa of what is before you and behind you so that hopefully you will have mercy shown to you.’

What has preceded this verse is the mentioning of the many signs indicating the power and ability of Allāh. In general, these can be split into four categories: signs of places (life to the barren earth and grain; gardens of palms, grapevines and springs; pairs in all things v.33-36), signs of time (the night and the day; the sun and the moon v.37-40) and signs which occur on land and sea (the laden ship; carried by tides v38-44). The commonality between all of these signs is that they relate to this world or nature.

The previous two verses (v.43-44) spoke of calamity, misfortune and the punishment of the worldly life through the powerful imagery of drowning people. Now Allāh is telling them not just to fear the worldly punishments but reflect over the more severe and lasting punishment that awaits people in the life to come, signs which pertain to the after-life.

In this verse, the disbelieving polytheists are starkly told to be wary of the punishment of Allāh that came to the nations of the past (“bayna aydīkum“), lest the same fate be given to you, O people of Quraysh due to your polytheism with Allāh and your denial of His Messenger, the very components that induced the punishment of the nations of the past. Furthermore be prepared for the vengeance of Allāh to encompass you in the next life (“wa mā khalfakum”).[1] According to Mujāhid, the term “bayna aydīkum” refers to being wary about your past sins (and not past nations). Imām Tabari said that this interpretation is closer to the meaning as it is their past sins which have caused an impending punishment, now lying ahead of them.[2]

Be wary and take heed, turn away from polytheism, embrace faith in Allāh and adhere to His religion. Perhaps then your Lord will have mercy on you (“la’alakum turhamoon“).

(46) Not one of your Lord’s Signs comes to them without their turning away from it.

No single evidence that comes to these polytheists or a sign pointing the truth of attributing Oneness to Allāh and the veracity of the Prophet, except that they turn away from it (“illa kaanoo ‘anhaa mu’rideen”), showing that they did not reflect nor ponder over the signs and take heed from them,[3] though knowing very well what Allāh was showing them or proving to them through these signs.

The construct “wa mā ta’teehim min ayātin min ayāti rabbihim” (“Not one of your Lord’s Signs comes to them”) imparts a sense of abundance as if to say despite how many signs of Allāh has deposited in His creation, a number innumerable, surrounding them from all directions, rather within their very homes and selves, they are rejected, one after the other. Above all, this indicates their endless arrogance and stubbornness, so much of it that it subdues this realisation.

Moreover, the use of the word ‘Rabbihim‘, in the third person, and a plural possessive pronoun and not Allāh, is more affectionate and caring. It is the Rabb of all that they are rejecting, the One to Whose Lordship (Rububiyah) they attest to, but fail to surrender to. The use of “Your Lord” (Rabbihim) reveals even more the ugly face of disbelief when it is intertwined with arrogance, as this caring Lord, Who has created and dispensed signs to Him in all of His creation is in the end your Lord. How could you, in turn, behave this way towards Him?!

The verb (Qeela) is in its passive tense (Majhool), not specifying the subject, i.e. who is saying to them: “Have Taqwa of your Lord”. This construct directs the listeners focus on those being addressed rather than the one addressing them. Moreover, by not specifying who the one addressing, a sense of diversity is imparted in that perhaps these people were being addressed by many different people: Allāh, the Prophet (sall Allāhu ʿalayhi wa sallam) and the Muslims. Allāh said before this ‘ittaqoo’ first, initiating with warning and instruction and then giving them hope of salvation. This is a more persuasive sequence than to begin with hope, then warning as warning breaks down the hardness in the heart and then the reward ‘at stake’ rebuilds it upon a sense of hope.

If we combine both verses in question, we come to a clear and concise meaning. When it is said to these rejecters regarding the signs of Allāh: ‘Be mindful of what happened to those before you who were destroyed lest it happen to you too for belying the Prophet (sall Allāhu ʿalayhi wa sallam). And be wary of a pending punishment in the afterlife for dying as disbelievers’, they turn away and reject such a call in utter arrogance. We see how the two verses underline the importance of giving ‘warning’ in our Da’wah discourse. This is highlighted using the word “have Taqwa” about the impending worldly punishment and then the punishment in the Hereafter. Too often do we see or hear Muslims focusing on the mercy aspect of Islām without giving warning of an impending punishment if they reject this message of Islām. This approach, apart from it possibly finding inspiration in the ‘Jesus loves you’ Evangelical approach that is hardly affective, overlooks at least two aspects:

1) That people are different in what influences them to accept a message. The Dā’ī should be wary of this fact, and should employ the wide array of techniques outlined in the Qur’ān, the most common of which is warning; both of worldly punishment and most importantly, of hellfire, with its extensive and startling description. With this settled in the mind of a believer, he or she would be adamant to save the recipient of Da’wah from such a punishment, never forgetting to warn them of it:

“As for those who disbelieved, garments of fire will be cut out for them, boiling water will be poured down over their heads. With it will melt (or vanish away) what is within their bellies, as well as (their) skins and for them are hooked rods of iron (to punish them).”[4]

2) The gravity of those who reject Islām. There is nothing more detrimental, and more serious than for one to die on other than Islām, as this marks the conclusion of one’s action, and the beginning of accountability. The message of Islām did not only come for reassurance, but to remove man from his a luring to punishment, to Paradise and eternal bliss achieved through surrendering to Allāh in Islām, and possessing Taqwa. In a most touching narration, the Prophet (sall Allāhu ʿalayhi wa sallam) says:

“My example and your example is that of a person who lit a fire and insects and moths began to fall in it and he tries to divert them away, and I am holding you back from the fire, but you are slipping out from my hand.”[5]

Lastly, it is upon us Muslims to comprehensively study the concept of monotheism and its opposite disbelief and polytheism. As the famous poet said:

“And by its opposite (studying opposites) will [original] matters become clearer.”

Disbelief (Kufr) and polytheism is of many types, including:

It is to reject or deny the message that the Prophet (sall Allāhu ʿalayhi wa sallam) came with outright, whether inwardly or outwardly. Allāh says:

“Who could do greater wrong than someone who invents lies against Allāh or denies the truth when it comes to him? Is there not shelter in Hell for the disbelievers?”[6]

It is to acknowledge the truth of what the Prophet (sall Allāhu ʿalayhi wa sallam) came with but yet not submit to it, out of arrogance and pride. Similar to the action of Iblīs, who refused to prostrate to Ādam (ʿalayhi al-Salām) despite acknowledging the source and authority of the instruction:

“We said to the angels, ‘Prostrate to Ādam!’ and they prostrated, with the exception of Iblīs. He refused and was arrogant and was one of the disbelievers.”[7]

To question or have doubts about the truthfulness of the Prophet (sall Allāhu ʿalayhi wa sallam), similar to the statement of the man of the two gardens who expressed this ‘doubt’, and in turn it was referred to as disbelief:

“He entered his garden and wronged himself by saying, ‘I do not think that this will ever end. I do not think the Hour will ever come. But if I should be sent back to my Lord, I will definitely get something better in return.’ His companion, with whom he was debating, said to him, ‘Do you then disbelieve in Him who created you from dust, then from a drop of sperm, and then formed you as a man? He is, however, Allāh, my Lord, and I will not associate anyone with my Lord.”[8]

This is to completely turn away from the religion and what is entails of practices, including averting from it one’s hearing, contemplation and learning anything of it.

“…But those who are Kāfir turn away from what they have been warned about.”[9]

This is to display Islām outwardly but to hide disbelief.

“That is because they have had Īmān and then returned to Kufr. So their hearts have been sealed up and they cannot understand.”[10]

So we protect ourselves from being of those who ‘turn away’ form the signs of Allāh, by understanding what it entails to ‘turn away’, before striving to its opposite, and Allāh knows best.

[5] Muslim on the authority of Jabir RA