How do Prophets respond to anti-Islam arguments? 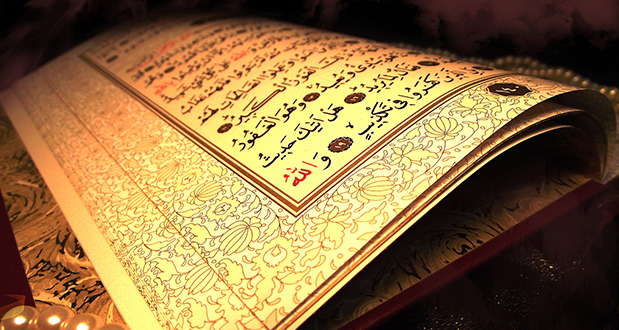 Part 7: How do Prophets respond to anti-Islam arguments?

The mere revelation of this profound story served as a piece of beautiful console coming from the Lord of the Throne to his beloved slave and Messenger Muḥammad (sall Allāhu ʿalayhi wa sallam). It was revealed to him during testing times in Makkah where he, along with his followers, lived as a minority, facing a rising tide of abuse, oppression and Islamophobia.

After introducing the story about the three Messengers who proactively sought out The People of the Town to give the message and invitation of Islām, Allāh relates to us the reaction of those people to His Messengers.

(15) They said, ‘You are nothing but human beings like ourselves. The All-Merciful has not sent down anything. You are simply lying.’

This is the distorted creed the disbelievers had. They denied the messengers on the grounds that they were human-beings just like themselves, human-beings who ate and walked in the markets. In a modern context it is like rejecting the idea that these men were Prophets simply because they were regular people who worked a nine-to-five and shopped at Tesco. An illogical yet interesting response they put forward, implying, as al-Ṭabari stated, that they had to be angels to be considered real prophets of God.[1] Imām al-Sa’di posited that what they were trying to say was: what makes you better and more righteous than us?[2]

“You are simply lying” they said aggressively to the Messengers, labelling them as people who lack integrity and have an ulterior motive for making the Call.

This is a common response the Qur’an outlines when relating the encounters between Prophets and their people. The Quraysh said the same thing to our Prophet (sall Allāhu ʿalayhi wa sallam) and in Sūrah al-An’ām Allāh responds by saying:

“If We had made him an angel We would still have made him a man, and further confused for them the very thing they are confused about!”[3]

As if to say that Angels cannot be seen by humans and therefore if they were sent as Messengers to the people they would have to appear in human form which would only serve to make the matter all the more confusing!

We must point out a very interesting point about the way the disbelieving people responded to the messengers: it reflects a defeated, incumbent mindset. Rather than addressing the message and values courageously put forward by the Messengers directly, they threw in red herrings and specious arguments, utilising the very methodology of those who know they have been defeated by the superiority of the Islamic message. In our times those calling to the way of the Prophets are evidently not being challenged for the substance of their message but are instead branded as hate-preachers, extremists or Islamist; labelling them to defame their personality while skirting around the real issue at hand: can you challenge the message, ideas and thoughts these callers convey?

The way in which the People of the Town (Aṣḥābul Qarya) rejected the message is in many ways synonymous to those before and after them, and in fact represents the methodology of rejection in any given time or place. It is illogical, aggressive, impatient and stubborn, espousing the same old arguments irrespective of how they are articulated, generally casting doubt and suspicion upon the message-bearer as opposed to the message itself. The Qur’ān not only makes us aware of this but also presents the best possible way to respond to it through the example of the Messengers. So how did the three Messengers respond to such specious arguments?

(16) They said, ‘Our Lord knows we have been sent as Messengers to you.

Their trust and reliance in Allāh is simply pouring out of this statement: “Our Lord knows we have been sent as messengers.” As if to say that we find comfort in the fact that our Lord knows we are truthful even if you all claim that we are liars.

When reading this statement in context of the previous verse in which three specious arguments were levied against them, we see wisdom in how they chose to debate and respond. The People of the Town lowered themselves to dim-witted mudslinging but the Messengers did not lower themselves in kind, however, neither did they shy away from making an official response.

Another point noted by al-Rāzi was the attitude of the Messengers in the face of such aggression and irrational behaviour,[4] and how they did not become frustrated and impatient with the people. They never gave up on them.

The response of the Messengers was completely void of aggression or rudeness and they simply reiterated their message: “we have been sent as Messengers to you”. This is now the second time they have said this statement except that they added one extra letter to the statement: the highlighted lām, known as the lām of emphasis (taw’kīd) – [la]mursalūn. This shows that the Islamophobic response of the people only served to increase the Messengers in conviction and resolve!

Reflecting over how they chose to deal with the three specious arguments teaches us that we should not, as Callers to the Truth, become side-tracked with irrational anti-Islamic arguments and claims. We should instead consistently focus on conveying the core Islamic values such as liberation through submission to the Creator, loving and living in awe of God, and being Hereafter-Centric. People are attracted by the lucid, welcoming nature of the Islamic message. The Messengers furthermore made their case clear and known to all without any distortion, ambiguity, or deception. This demonstrates the impact of being genuine and forthcoming in propagating the message (Da’wah). The genuine, well-mannered person can win over many more hearts than the quick-witted articulate one who shows bad character.