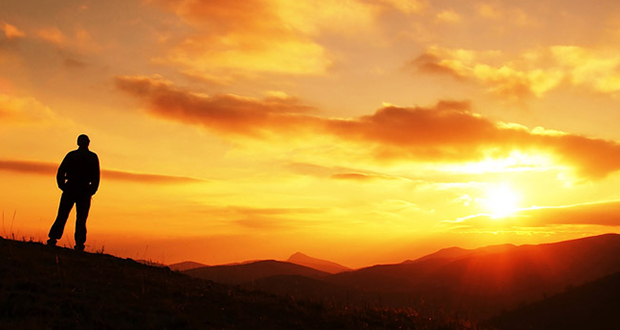 Great nations are built on great ideas and great heroes. There is no nation that has greater ideas, values and beliefs than the Muslims, nor does any have greater heroes and leaders than them. Allāh decreed that half-a-page of His Book be dedicated to relating the story of one such person in Surah Yā Sīn through the story of the People of the Town.

The story thus far relates the struggle of three Messengers in giving Da’wah to the People of the Town. When those people tried to silence them, first ideologically and then physically, up stepped another Believer out of nowhere, coming to their defence from an unusual location.

20) A man came running from the far side of the city, saying, ‘My people! follow the Messengers!’

This resolute man came from the outskirts of this city, in haste as soon as he heard that these people had gathered all together to kill the three Messengers. He was already a believer by the name Habīb b. Murā al-Najjār, a simple man, a carpenter by profession and also extremely ill at the time with leprosy. From this perspective he had every excuse not to protest and keep silent as the Messengers were persecuted. He had no social status nor did he possess the strength of youth, but he made this no excuse. He stood up, arrived on the scene as quick as he could and protested saying: “My people! Follow the Messengers!”

What is amazing is that the house of this man was at the very outskirts of the town as he used to live alone dedicating himself to the worship of idols. According to al-Qurtubi, this man had been worshipping idols for 70 years but they failed to meet his needs. When the Messengers visited him, he requested a proof of the veracity of their message. In response, they cured him of his longstanding ailment by the permission of Allāh. After calling upon his idols for such assistance to no avail, he realised that the Messengers were the true advocates to the truth and none save Allāh is worthy of such devotion and thus he accepted their message. The greatness of Allāh, His power and His true ability to benefit man or withhold goodness is what captivates the hearts of the believers to His worship and veneration.

Saʿīd b. Jubayr said that some claim that the three Messengers were killed before the believer arrived on the scene. Habīb, being a carpenter meant that he was a simple person with no real authority in the land. His value to them was such that they did not even bury him, but threw him into a well that was called al-Rass (or they would call wells in general ‘al-Rass’), and they were referred to as ‘Asḥāb al-Rass’ (the people of al-Rass). In what indicates the true status and virtue of this man, it is reported that the Prophet (sall Allāhu ʿalayhi wa sallam) said:

The believer came, not to save the messengers from death, but in order to keep alive the flame of Da’wah. There is resounding strength and passion in him. The support of this man for his brothers in faith is most astounding, coming at speed, not only making public his belief in the Messengers but in a way that displays his courage and bravery, challenging his people and standing up for what is right.

In this profound verse, one finds ample consolation for the Prophet (sall Allāhu ʿalayhi wa sallam) and his companions. It is as if Allāh (subḥānahu wa taʿālā) is telling them that soon you too will receive help coming from the horizon that you did not fathom or expect, the transformation of Yathrib into Madīnah, the first Muslim state, so remain firm in the face of these challenging tribulations. The news of the messengers serve to console the heart of the Prophet (sall Allāhu ʿalayhi wa sallam), whereas this man, and similar events reported in the Qur’ān serve to console the hearts of his devoted followers, the Companions that they will not be alone in this, but that others will come and strengthen their resolve.[2]

Despite the story revolving around a ‘Qaryah’ or a town, Allah (subḥānahu wa taʿālā), when referring to the coming of this resolute man from afar, uses the term Madīnah meaning city. Scholars mention that though towns are smaller than cities when a Qaryah (town) is vast in size it can assume the title of Madīnah (city), so perhaps the choice of Madīnah here is to impart a sense of emphasis that the man came from such a long distance: from the outskirts of the Madīnah.

The story further defines the man as a Rajul as oppose to a Mu’min (believer), Muslim, Sheikh or any other deserved title. The term ‘Rajul’ denotes a powerful meaning of exceptional manliness, indicating that he had attained the height of Rujūliyah! Also, it is as if to say that he is a ‘man from among their men’.

According to Ibn ‘Abbās, leprosy had spread all over this man’s body. Some said that this old man came in haste having to walk with a stick! We should ponder this unshaken resolve, and see how it can echo into our lives. How often do we make excuses for ourselves for minor matters, not least in the field of Da’wah? How many events, talks and conferences have been stumped by speakers feeling a light headache and therefore withdrawing at the last minute? Such a culture of cancelling scheduled Da’wah activities, talks and lectures—often at the last minute—reflects weakness in resolve and a lack of commitment. It needs to be stamped out.

The fact that he came from the outskirts of the Madīnah shows how effective the messengers’ Da’wah was,[3] having reached the far corners of the city. This reflects the influence of their call and their hard work in spreading the Call.

In the next article we will hear of this man’s fate and will learn how through only one deed he earned paradise and timeless praise by being mentioned in the Qur’ān! This is similar to Waraqa b. Nawfal (raḍiy Allāhu ʿanhu) who resolved to give victory to the Prophet (sall Allāhu ʿalayhi wa sallam) if he was given life, acknowledging the harm that he would incur, only to die soon after. The Prophet (sall Allāhu ʿalayhi wa sallam) said in his regard:

“Do not slander Waraka b. Nawfal, for I have seen that he will have one or two gardens in Paradise.”[4]

This blessing is not confined solely to the man of Yā Sīn, or to Waraqa, but has been recounted to our entire Ummah. It may be that on the back of a single action, whereby you take a brave decision or stance; an action that pleases Allāh when it may incur criticism or opposition, that you attain success. Such a feat is transient and short-lived, but may be so pleasing to Allāh that he admits you into eternal bliss in the hereafter. It is at these difficult times that great men emerge. The Prophet (sall Allāhu ʿalayhi wa sallam) tells us:

[1] Mentioned in the Tafsir of Imam al-Qurtubi