The Race Between the Sun and the Moon 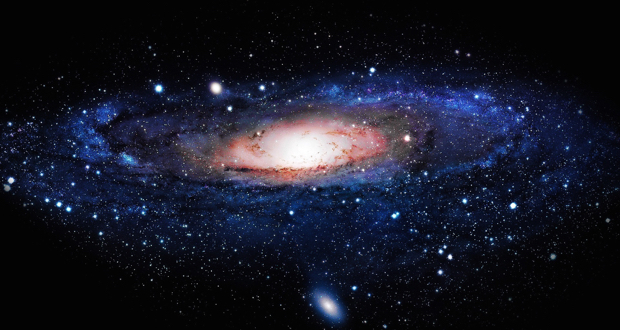 Through the lens of God’s guidance are we able to see meaningful Signs in everyday occurrences. Signs and evidences which most people do not and cannot see. The previous verse from the magnificent Sūrah Yā Sīn spoke about how a particular phase in the waxing of the Moon resembles an old date palm stalk, pointing towards the greatness of the Creator. The next verse shifts our focus to another Sign reflected through the relationship between the Sun and the Moon…

Part 19 – The Race between the Sun and the Moon

(40) It is not allowable for the Sun to reach the Moon, nor does the night overtake the day, but each, in an orbit, is swimming.

The verse says that the Sun and the Moon are each in orbit ‘Yasbahūn‘, which literally means to pass at speed in water or air.

The verse begins by stating the general case, as explained by al-Ṭabari, that it is not lawful for the Sun to overcome the Moon, such that it eclipses the moonlight with its own light resulting in continuous daylight and no night. Similarly, it is not appropriate for the night to overcome the day, such that its darkness wipes out the light resulting in continuous darkness and no day.[1] Al-Qurtubi mentions that for each of the Sun and Moon are a ‘Sultān‘, or a type of authority. During the day, the light of the Sun overtakes the light of the Moon, then the Sun retreats, allowing for the Moon to display its light as at this instance, the authority (Sultān) belongs to the Moon.[2] Mujāhid adds that the Sun and Moon do not interfere with each other’s light; the stars, the Sun and the Moon spin like the spinning of the wooden spinning part at the top of a spindle. Similar to this is the spinning shaft of a flour mill (mighzal). Adding to this, a mill does not spin except with a shaft and the shaft does not spin except with a mill. He (Mujāhid) then concluded:

Mujāhid then poked the floor with his finger (and turned it around). According to Qatādah, each have their own designated limits and parameters such that each can express their dominance in splendid harmony throughout the day. Al-Ḍaḥāk comments that the whole phenomena comes about through the Decree (Qaḍā) of Allāh and His Supreme Knowledge. 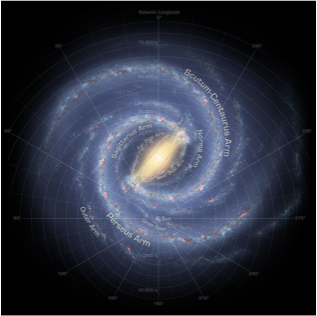 It is not allowable for the Sun to reach the Moon, nor does the night overtake the day, but each, in an orbit, is swimming. The verse describes how the Sun and Moon, relative to our earth, though very different entities, in their own orbits, and separated by millions of miles, come together in splendid harmony to bring about the phenomena of night and day for the inhabitants of this world. Is this a case of ‘lucky chance’? Imagine a world with no daylight; how would our lives change? 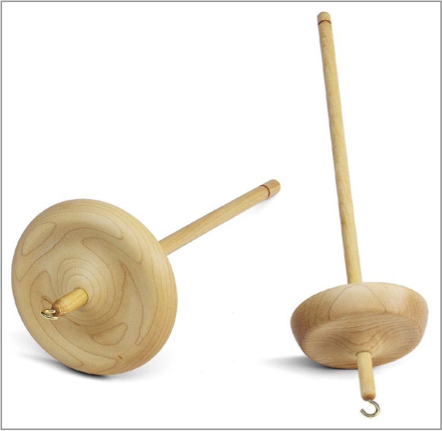 Al-Dahāk said: “al-Falak implies hastiness in run and orbit while ‘Yasbahūn’ means ‘Ya’malūn’ (doing).” By this he means that the word ‘al-Falak’ refers to a hasty form of movement and orbit as is the case for the wooden spinning part at the top of a spindle and the shaft of a mill. “But each, in an orbit, is swimming,” all that has been mentioned here; the Sun, the Moon, the night, the day; all of them are in orbit (Falak) streaming along.

Reflecting on this verse in light of modern findings helps to better appreciate the truth it contains. Today’s science tells us that the Moon is moving in its orbit at a speed of 2,288 mph[3] and the Sun too in its own orbit at a speed of approximately 450,000 mph.[4] Putting that into context, NASA’s fastest space shuttles can travel at speeds of up to 17,500 mph;[5] that is only 3.89% the speed of the Sun. Our own human experience with movement at speed, be that behind the wheel of a car or otherwise, is that the faster we go the more difficult it becomes to keep in control. What power and precision is required to keep the Sun and Moon in their orbits over the course of BILLIONS of years?

Reflect over the words of the All Mighty

It is not allowable for the Sun to reach the Moon, nor does the night overtake the day, but each, in an orbit, is swimming.

According to Ibn Taymiyyah, Falak refers to something shaped ‘Mustadīr’ i.e., something circular or ring shaped and it infers something going round and round continuously. This is what Ibn ‘Abbās meant when he said: they are in a Falak, like the Falak of a Migzal i.e., a rotating spindle during its fast rotational motion. The Sibāḥa (swimming) has this meaning of moving at speed as Arabic linguists, Ahl al-Lugha said.[6] Most of the scholars say that this Falak here is in reference to the skies above (Samāwāt) and this is where the Sun and Moon are, out there in space. The day, night, Sun, and Moon are then Falak and the verse expounds on the fact that everything in the universe having a set predetermined measurement that it cannot surpass or deviate from.

1) ‘Wakullun fī Falak’ strongly emphasises the set motion of the Sun and Moon, synchronised to perfection. The use of ‘Yasbahūn‘ as oppose to ‘Tasbah‘ lends a type of intellect to the objects being referred to (Sun and Moon),2 as if to connote that they know well what they have been commissioned to do by Allah, and as such they will always follow course. Also, anything moving in circular motion has no beginning or end point. Stars have their own motion and movement but Allah here is saying that He has set the Moon and Sun in motion in a way that complements one another. Since mankind relates the Sun and the Moon to the day and night respectively, since in the day and night are benefits to mankind, the mention of their cause and symbols (the Sun and Moon) transitioned to the mention of their consequence, the day and night.

2) There is a difference between saying “it is not for the Sun to overtake the Moon” (lashamsu yambaghy laha) and “it is for the Sun not to overtake the Moon” (la yambaghy lilshamsi). The former (as appears in the verse) implies that it is not by the choice of the Sun, but by the complete control of Allāh and an obligation upon the Sun to obey. The latter suggests that the Sun is not compelled or obliged which is not the case.[7]

How comes Allāh mentioned it this way around, that the Sun does not catch up with the Moon and not there other way? This could be because the course of the Moon is a lot faster and completes once every month whereas the Sun completes its course once a year. Hence if it has been made so much faster than the Sun, how could the Sun catch up with it, rather it is not befitting of it to do so.

The operation of the Sun and the Moon relative to the earth is so succinct and closely related yet they do not clash or interfere with one another. It is as if Allāh has placed a barrier between them to stop that from happening. They are seen as separate entities (Munfasil), yet intrinsically linked and interdependent (Mutassil). One notable realisation is the accuracy of the Tafsir given by the scholars of the past when considering modern-day, known phenomena. Mujāhid’s statement of interdependency of orbit profoundly displays the completeness of the knowledge of the Qur’ān in the foremost generations of Muslims. Modern knowledge reveals the Moon’s dependence on the gravitational pull of the earth for its orbit, exiting at a tangential projection due to its centrifugal force if it were not for this pull, then the earth exhibiting a similar motion around the Sun, and the Sun, exhibiting balancing forces on its orbiting planets, with it orbiting itself with respect to the centre of the galaxy.

This is not to mention that nothing of the naked eye would suggest that the Sun and Moon travel hastily, whereas we now know that the Moon swims around the earth at a mean velocity of almost 3,700km/h[8], much faster than the maximum speed of an F16 fighter jet. This, among many other factors demonstrates the authority of how they understood the Qur’an, if authoritative when speaking on natural wonders, how then regarding matters of guidance, creed, Hell and Paradise? We cannot do without their opinions if we want to understand the Qur’ān.

One cannot but marvel at the calculated pristine creation of Allāh. The Moon and Sun, that we see time and time again are with the same aptness and flawlessness as they were before, until Allāh chooses to bring them together at the end of time. By extension, Allāh, Who was, Who is and Who will always be, is perfect in every way, absolved from defect far above what is ascribed to him of flaw. When observing His creation, our eyes return to us, but in a state of humility and fatigue. He says:

“Who has created the seven heavens one above another; you can see no fault in the creation of the Most Gracious. Then look again: Can you see any rifts? Then look again and yet again: your sight will return to you in a state of humiliation and worn out.”[9]

How then Allāh Himself? How when He removes the veil and we see His Mighty and Majestic face, what will our condition be? May Allāh make us of these people, and save us from being veiled from His face forever. Āmīn.

[1] Tafsir Tabari. This meaning has been mentioned by Mujahid, Abu Salih, Qatadah, al-Dahhāk, and others.