Keep your eye fixed on the target 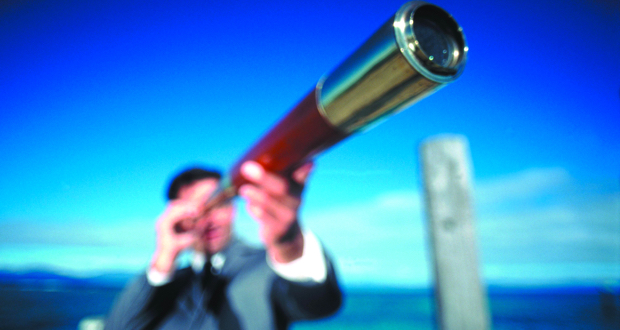 Part 12 – Keep Your Eye Fixed on the Target: Jannah!

The resolute man who came from the “outskirts of the city in haste” to the defence of three Messengers faced a tough hostile crowd but Allāh related to us in Sūrah Yā Sīn how wonderfully he handled that situation. He put forward a strong persuasive argument, and though he spoke with wisdom, striking the balance between speaking the truth and being tactful, he was met with condemnation. And then, things turned ugly…

27) How my Lord has forgiven me and placed me among the honoured ones!’

Ibn ‘Āshūr states that at this point, the listener will be anticipating what happens next to the believer, did they listen to him and embrace Īmān, reject it and walk away, or did they, as many others did before, abuse and harm the Caller of Haqq (truth)?[1] This anticipation and wonderment is met with the words “enter the garden” as this is ultimately the main concern of the believer and it is the very reason for undertaking the challenge in the first place, in other words to have one’s certainty increased and one’s Īmān amplified. So Allāh relates words that gloss over the hurt, pain and torture and instead focuses on the fruit of the sacrifice, Jannah. But beyond that, the words “he was told, ‘enter the garden’” imply martyrdom and martyrdom points towards great sacrifice and servitude to the cause, that is, raising high the word of Allāh (i’laa kalimatillah).

27) How my Lord has forgiven me and placed me among the honoured ones!’

When the Believer, Ḥabīb, entered the Jannah that he so earnestly strove for, he saw with his own two eyes how Allāh had exchanged his rejection to acceptance, and his degradation to honour and esteem. It was his complete Īmān (faith) and grand Sabr (patience). But his love of success extended to his most bitter adversaries, and on seeing the reward he said: “if only my people knew”, meaning: woe to them, if only they had known the reason why my Lord has forgiven for me my sins and made me of those greatly honoured by entering me into His Jannah. If only they had exercised this Īmān and patience, as I did until I was killed. Had they believed in Allāh, Jannah would have been theirs.

According to Ibn Masʿud, it was Allāh Himself who said: ‘udkhil al-Jannah’ (“enter the garden!”) and so he was entered whilst still alive and being given sustenance in it. Indeed Allāh removed from him the suffering of this Dunya, its grief and its afflictions.[2] Ibn Juzay holds that he either entered paradise like the martyr does, or was given the glad tidings of Jannah in the form of a vision by seeing himself entering it[3]. Look also how this inspirational man desired goodness for his people both whilst living and even whilst dead!

Mujahid on the other hand derives from the words: ‘it was said’ in the verse that Jannah has been made obligatory (Wajib) for you[4], and his reply: “if my people only knew” was said when the man witnessed his reward, “how my Lord has forgiven me” as a result of my Īmān in my Lord and my adherence to the call of His Prophets. According to Imām al-Shawkāni, “how my Lord has forgiven me” can also be read as an expression of amazement (Ta’ajjub) as if he is saying: ‘what did I do for my Lord to forgive me’?[5]

“The souls of the martyrs are in green birds, suspended from the fruit of Paradise, or the trees of Paradise.”[6]

Imām al Razi mentions how the directive he received to enter Jannah when he was told, ‘Enter the Garden!’ points to the immediacy with which he was granted the reward of Paradise.[7] Just as he came to answer the call of the Messengers yasʿā (in haste and hurry), in haste he was admitted into Paradise at speed. This illustrates the oft-emphasised principle: ‘recompense is in direct correlation to the original deed.’ It was no coincidence that Allāh drowned the Pharaoh when he had boasted of rivers flowing beneath his feet.[8] Ḥabīb, on the other hand resolved to aid the messengers at speed, and Allāh’s reward instantly followed suit.

The words “YAA LAYTA, Alas! If my people only knew”, point to the awesome nature of Paradise without even depicting what Ḥabīb saw. It is enough for us to witness the reaction to understand the magnificence of what was witnessed. A single gaze at the reward of Allāh can wipe away a lifetime of hardship and pain, and the reward of paradise is a key driver in acquiring patience in the face of calamity.

Anas (raḍiy Allāhu ʿanhu) reported[9] that the Messenger of Allāh (sall Allāhu ʿalayhi wa sallam) said, “Allāh created the Garden of ‘Adan (Eden, in Paradise) with His Hand – a stone of white pearl, a stone of ruby, and a stone of green aquamarine. Its Milaat (cement used between stones in the construction of buildings) is musk (the best kind of perfume) and its pebbles are pearls. And its grass (herbage) is saffron. Then He said to it (Paradise), ‘speak,’ and it said:

“Successful indeed are the believers.”[10]

The two main fruits of Īmān (true faith) and righteous action (al ‘amal al Salih) are to be forgiven by Allāh and to be honoured by Him in this world and the next. The story of Yūsuf  (ʿalayhi al-Salām) is one that beautifully expounds on this conclusion. After the trauma this righteous Prophet was subjected to in his youth, he maintained full faith in Allāh, even calling his prison companions to the Oneness of Allāh and the servitude to Him, in the darkness of cell and with his conviction that one of the two will be executed:

“And I have followed the religion of my fathers, – Ibrāhīm, Ishāq and Yaʿqūb, and never could we attribute any partners whatsoever to Allāh. This is from the Grace of Allāh to us and to mankind, but most men thank not. O two companions of the prison! Are many different lords (gods) better or Allāh, the One, the Irresistible?”[11]

His honouring was soon to follow, raised as the Head of the Treasury of Egypt and to soon receive his entire family, including his brothers who had conspired against him, now admitting:

“They said: “By Allāh! Indeed Allāh has preferred you above us, and we certainly have been sinners.”[12]

In a similar way, Allāh informing us of Ḥabīb’s statement “how my lord has forgiven me and made me among the honoured ones” clarifies His love for Ḥabīb and the noble standing of this man in the annals of history.

Indeed in the story of Ḥabīb is a stark lesson for the believers emphasising on how Da’wah never stops, in good times and bad, according to and up to the limit of one’s capacity. One may ask, do contemporary scholars and Da’ees forbid evil up to the limit of their capacity? How many cases are there of knowledgeable people who, out of fear of losing their positions and status, or having their personal da’wah projects shutdown, turn a blind eye to the evil and oppression of the authorities. In the story of Ḥabīb, we begin to appreciate how the obligation of forbidding evil needs to be fulfilled to one’s fullest possible extent. Therefore, each person of influence needs to question himself and herself as to whether or not they are speaking out against injustice and blasphemy as much as they possibly can. The words of our Beloved Prophet (sall Allāhu ʿalayhi wa sallam): “Whosoever of you sees an evil, let him change it with his hand; and if he is not able to do so, then [let him change it] with his tongue; and if he is not able to do so, then with his heart — and that is the weakest of faith”[13], teach us that though decrying evil should be done with wisdom, following a vision, using a step-wise approach, it needs to be done to one’s fullest possible extent.

Finally, we see from Ḥabīb how the natural way of the believer is to want good for others (“if only my people knew”). Abū Bakr al-Jazaa’iree mentions how this is the nature of a true believer who perfects his Islām, he desires to advise and not to deceive, to guide and not to mislead; regardless of what people say to him or whether or not they behave badly towards him, even if they try to kill him![14] According to Qatādah (d. 117/726), one of the foremost commentators from the third generation of Muslim scholars, the people began to stone him while he was praying for God to guide them, and as they continued to stone him, he continued to pray for them, even while suffering a gruesome death at their hands. This truly is the meaning of compassion: desiring the best fate in the Hereafter for those whom you live with.

[9] Related by al-Bayhaqee who mention that this weaker chain is strengthened by another narrated by Jabir rady Allahu ‘anh.