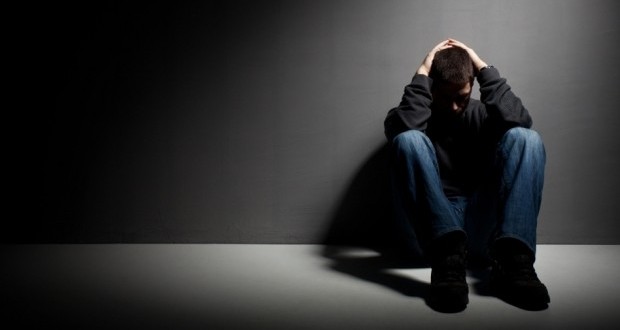 When is ‘this’ promise? they asked mockingly and in haste. If it erupted whilst they quibbled and scorned, how much laughter could they exhibit and how many tears will they shed? What are they really waiting for, is life just a game or will every spectacle of a deed or sin be accounted for? Now comes the response to that question.

49) What are they waiting for but one Great Blast to seize them while they are quibbling?

Imām Al-Tabari states that Allāh responded to what they said by telling us that what they are waiting to be brought forward is in fact the blowing of that trumpet that signals the Hour. One that will take them all by surprise (sense of irony against their ‘anticipation’). This is referring to the first blowing of trumpet, or Nafakhatul Faz’ (the blow that will cause death to whomsoever be in the heavens and the earth)[1].[2]

It is interesting how in the middle of this verse you have a description of the Sayhan (the blowing) being just a ‘single blow’ (Wāhidah), which indicates its severity; so intense and overwhelming that a second blow is not needed. Just one is enough to end their lives. The word Ta’khuthuhum can just as well refer to us all as. This is because even the believers will be rendered unconscious by the trumpet that will occur without prior warning.

In a Ḥadīth narrated Abū Hurairah (raḍiy Allāhu ʿanhu) about the abruptness which the Trumpet of the Final Hour will be blown, the Prophet (sall Allāhu ʿalayhi wa sallam) said:

The final two words: “wahum yakhissimūn” means whilst they are “yatakalamūn”, speaking to one another questioning amongst themselves about when the hour will come to pass. This shows the extent of their being overcome with these argumentative thoughts, and the ‘quibbling’ points to the state of utter heedlessness that they possessed with regards to the Hereafter. This is similar to the verse:

“…or that the Last Hour will not come upon them all of a sudden when they least expect it?”[4]

Ibn Kathīr states that ‘Sayha‘ refers to the blowing of the trumpet as they go about their everyday lives talking, bickering and quarrelling about mundane things, and behold, all of a sudden this blowing of the trumpet occurs. People, shocked, will tilt their heads up to look at where the call came from, but a great fire will surround them, driving them all to the Plane of Resurrection (Maḥshar al-Qiyāmah).[5] Allāh then informs that they will not even have time or ability to make bequests to their family.

Al-Qurtubi adds that ‘all that they await is the first blowing of the trumpet by Isrāfīl, one that will overtake them whilst they are busy quibbling about their worldly affairs, causing them to die in their places as the ‘Sayha‘ strikes them like a thunderbolt’.[6]

50) They will not be able to make a will or return to their families.

The word ‘Tawsiya’ is a verbal noun and refers to the making out of a will or bequest, i.e., transferring something to someone else and the suddenness of the ‘Sayha’ is such that there will be no time do carry out a simple transfer.

Imām al-Tabari further explains that the Blowing of the Trumpet will not allow the Mushrikūn of Makkah to write out a will of their estate to anyone, and nor will the one who is away from his family be able to return to them. No such opportunity will exist but rather they will be destroyed in haste.[7] Any final farewell or look to one’s family will be impossible.

Other Mufasirūn, like Imām al-Qurtubi, said that there will be no time to make Tawbah (repentance) from their sins as they will fall dead, there and then, in their places nor to even make a bequest in the sense of parting advice.[8] One can ask that if they are incapable of doing the easiest of things, a short parting advice, then how about completing more difficult tasks? This verse, in fact, expresses people’s total powerlessness, even to do what most see as the imperative at the time of death.

The reader may recall the use of ‘Sayha‘ earlier in the Surah when it related the story of the People of Antākiya and how Allāh brought about their end through it. The difference here is that the deliverer of the ‘Sayha‘ that indicates the commencement of resurrection is Israfīl whereas Jibrīl was appointed to deliver the ‘Sayha’ against the People of Antākiya.

The use of ‘Sayha’ as opposed to ‘Nafkha‘ (blowing) when it is known that Israfīl will ‘blow’ into the horn is because ‘Sayha‘ delivers the emphatic meaning of a loud violent voice that comes from the throat with extreme anger. It can also refer to shouting, crying out (Istighātha) and hailing. Perhaps the blowing of the trumpet will be a form of punishment for disbelievers or at least the initiation of severe punishment, which is a connotation conveyed in the use of ‘Sayha‘, whereas ‘Nafkha‘, occurring in other verses with regards to the same occasion refers to both believers and disbelievers.

The use of ‘Waw‘ in ‘wahum yakhissimūn‘ (‘whilst they are quibbling’) is the ‘Waw‘ of ‘Hāl‘ or one that implies the subject’s situation. It can be understood from this that even though all people will fall unconscious due to the blowing of the trumpet, it is the disbelievers who will be in a situation of quibbling when this occurs.

The meaning delivered by ‘Yakhissimūn‘ is usually delivered by the more familiar word ‘Yakhtasimūn‘. So what is intended by the use of this word instead? It emphasises the fact the these people thought of nothing but the worldly life and never thought of or contemplated the Ākhirah. One may ask, ‘how can this be the answer to their question’? Not every question deserves a direct answer and sometimes deserves no answer at all. This is something noteworthy for a leader, Imām, scholar or Da’ī who will be bombarded with questions, but should choose which are deserved of answers and which are not.

In the following verse, the use of imagery is hugely impactful. People long to be surrounded by their family and loved ones when they die. By stipulating that this will not be possible creates an unlimited sense of severity and anguish that they will suffer. The negation is of their ability ‘Istitāʿah‘ which is more emphatic in negating that it will occur for any of them. If the negation was not qualified by ability, it may be understood that some will make a will and others will not.

We find that when the trumpet is blown, the disbelievers will be in a state of argumentation and bickering with each other. Engrossed in the worldly life and in a state of total spiritual heedlessness, we can ask the question: do non-Muslims experience joy and serenity throughout most of their lives? Can a person be a disbeliever in Allṣh and genuinely enjoy life and live in a state of contentment and inner peace? Consider the words of Allāh:

“But if anyone turns away from My reminder, his life will be a dark and narrow one and on the Day of Rising We will gather him blind.”[9]

We see from the above verse that those who turn away from Allāh’s remembrance, i.e., the Qur’ān, both in belief and action will live a life of hardship, experience narrowness and constriction. Ibn Kathīr comments on this verse saying: “in the Dunya (the world) he will experience no (inner) reassurance, nor expanse in his chest. Rather his chest is constricted as a result of his misguidance, even if his outer self experiences enjoyment, dresses as it wills, eats as it wills or lives where it wills. This is because his heart did not attain guidance and certainty, thus it remains anxious, confused and doubtful…”[10]

Many will question this, which is strange in the contemporary world where it is confirmed by too many examples to mention. But maybe consider how in the ‘developed’, secular world, crime, many times a product inner ingratitude, is reported on a second to second basis, whilst 40 million prescriptions of Prozac, an anti-depressant were dispensed in the UK in 2012 alone.[11] As for those who are ‘religious’, how many speak of ‘real’ contentment when they embrace Islām?

[3] Saḥīḥ Bukhārī on the authority of Abū Hurairah