A Day when the Sky will Shriek 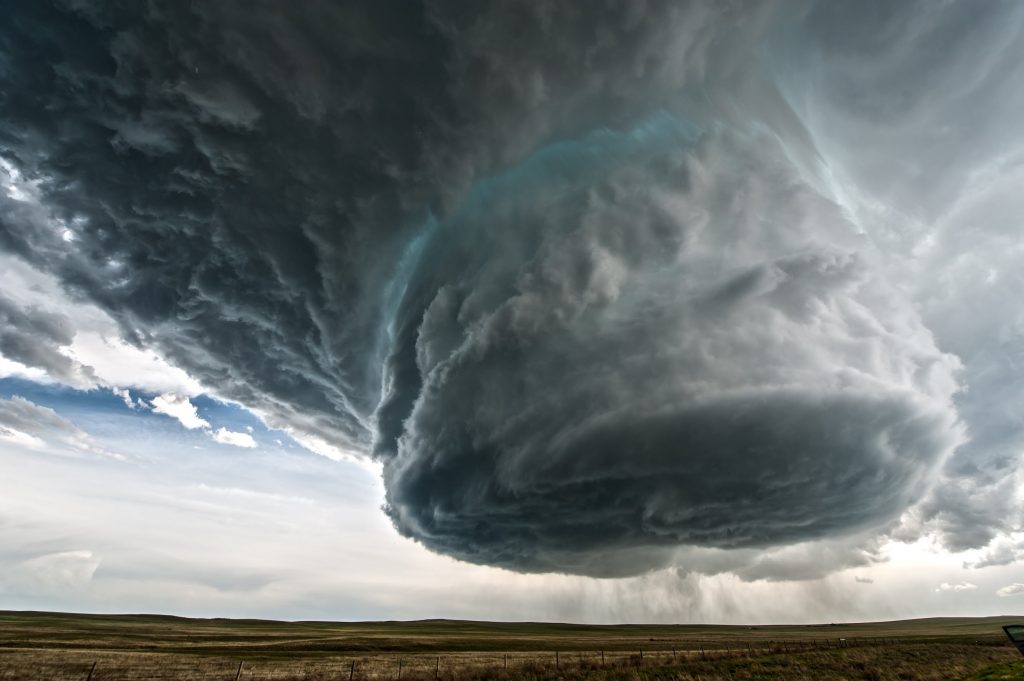 Some see life as fun, joy and games. Others live to ‘drink and have fun’. Others gasp for a final break in a sports match before the final whistle, others scratch for a final few marks before the final second. Some surge in the final sprint of a race before a finish line, and others rush to the pleasure of Allāh before the shriek of the final Trumpet of Death by a vigilant angel. Put down your pens, cease your action. That was your chance…

Yā Sīn Series; Part 25 – A Day when the Sky will Shriek

Verse 51) The Trumpet will be blown and at once they will be sliding from their graves towards their Lord.

As they waited in pride and heedlessness, the shriek of the trumpet is heard. Ibn ‘Āshūr mentions that the letter ‘Waw‘ here that precedes the verse can be read as ‘Hāl‘ or one that indicates situation. It is as if to say that they are waiting for a single blow in the trumpet (see previous verse), and during their wait, the ‘Nafkha‘, the trumpet is blown. The whole purpose here is to admonish the Quraysh about their denial of the Resurrection.

The use of ‘Nufikha‘ in the past tense, rather than the future ‘Sayunfakhu‘, gives a sense of reality to the subject, that its occurrence is so certain that it is as if it has already occurred. This is similar to the words of Allāh:

“Allāh’s commandment has come, therefore do not desire to hasten it; glory be to Him, and highly exalted be He above what they associate (with Him).”

Moreover, the word ‘Nufikha‘ is in the passive form to indicate that there is someone, a Nāfikh, somewhere waiting to breathe into that trumpet, i.e., Angel Isrāfīl. So this refers to the second blowing of the Trumpet when people will be raised up alive from their graves, now on the side of the unseen world. In another verse, Allāh clarifies the occasions that the trumpet will sound:

In a startling Hadīth that indicates both the certainty of this momentous event, and its imminence with the advent of the final Prophet (sall Allāhu ʿalayhi wa sallam), he (sall Allāhu ʿalayhi wa sallam) says: “The gaze of the one who will blow the Trumpet has been fixed since he was entrusted with it, looking towards the throne, ready in anticipation and fearful in case he will be commanded to do so before he blinks, as if his eyes are two brightly shining stars.”

According to Al-Tabari the correct view is that the verse in Yā Sin refers to blowing in the trumpet that will cause the resurrection; Nafkhatul Ba’th.

It is said that they will be brought forth out of their graves (Ajdāth) in haste, or by the verb ‘Yansilūn‘ (they will hasten). This word comes from the verbal noun, Nasalān which can refer to the speedy movement of a wolf, and thus walking with speed. It can also mean to emerge, i.e., to emerge from their graves. This is like when Allāh said:

“The Day they will emerge swiftly from their graves as if rushing to rally to the flag.”

Imām Al-Qurtubi also holds that this blowing in the trumpet refers to the second of two. It has been clarified in Surah al-Naml that there are two blows and not three, and this verse, and the one preceding it also point to this. Al-Hasan reported from the Prophet (sall Allāhu ʿalayhi wa sallam) that between the two blows is a period of forty years. The first will take life from all living creatures and the second will give life back to the dead. Ibn Kathir said that this refers to a third blowing of the trumpet i.e., Nafkhatu al-ba’th, with the first being an indicatory blow (al Faz’), striking fear in people’s hearts and warning them of the imminence of the eruption of the hour, the second striking them dead (al Sa’q) and the third resurrecting them (al Nushoor), and Allāh knows best.

Verse 52) They will say, ‘alas for us! Who has raised us from our resting-place? This is what the All-Merciful promised us. The Messengers were telling the truth.’

According to Imām al-Tabari, these Mushrikīn, or disbelievers in general, will say this when the trumpet of resurrection (Ba’th) is blown and their souls are returned to their bodies, after this period of sleep between this and the first the trumpet blowing. The word ‘Marqad’ is where ‘Ruqood‘ takes place which is sleep.

They will say: “alas for us! Who has raised us from our resting-place?” i.e., who exactly woke us from this sleep of ours? In the reading of Ibn Masʿud, the ‘Ahabbana‘ (to awake) is clearly stated as oppose to ‘Ba’athana‘. According to Abū Bakr al Anbary the latter cannot be considered the wording of the Qur’ān, but rather one of the Tafsirs of Ba’athana.

The reply to these disbelievers will be: “this is what the All-Merciful promised us. The Messengers were telling the truth.” Your resurrection was promised by al-Raḥmān. Some scholars of Tafsīr held that this reply with be given by the people of faith or that it is a statement of the disbelievers themselves on realising that what their Messengers had said was indeed true. Imām al-Tabari says that the first opinion is more sound according to the way the Ayah was revealed. The fact that the disbelievers will ask ‘who’ just resurrected them shows their state of ignorance and inability to recognise what is happening; therefore it makes more sense to say that those who are guided are speaking and telling them.

Al-Qurtubi poses the question; ‘how will they emerge surprised at the resurrection when they were already being punished in the grave?’ In response he says that the disbelievers are not surprised by the actual resurrection or hellfire taking place, but are rather resurrected wondering who resurrected them and took them out of their ‘Marqad‘. Another possibility is that the punishment of the Hellfire eclipses and dwarfs the memory of any other punishment experienced before or they are shocked at seeing themselves turned back into living beings in the forms they once were

1) Why did Allāh use the word ‘Ajdāth‘ to refer to graves rather than ‘Qubūr‘ even though He used the latter in other places like:

“…Does he not know that when the graves are emptied out…”

The singular of ‘Ajdāth‘ is ‘Jadath‘ which according to Lisān al-Arab can refer to a grave without markings. It is also close in resemblance to the word ‘Jādatha‘ which is the sound of the hoof. Interestingly, ‘Ajdāth‘ is only mentioned as a substitute to ‘Qubūr‘ in those verses that include a sense of rushing and hastiness, specifically in the emergence of people from their graves in the hereafter, unlike ‘Qubūr‘. The ‘Thā‘ letter also implies by way of its phonetic construct a sense of scattering of sand, thus rendering an image of resurrection from a dry, sandy earth, closer to the appreciation of the Quraysh who lived in such circumstances.

2) The word ‘Fa’ithaa‘ infers surprise and bewilderment, and imparts a sense of speed and suddenness, with quick transition and ease from being dead to coming back to life, all in the blowing of one trumpet.

4) ‘Wanufikha fi Soor‘ is closer to the literal meaning; ‘the Trumpet was blown’, although of course it will be blown when the time comes. The use of the past tense to speak of what will come to pass in the future is extensive in the Qur’ān. By using the past tense there is a greater sense of certainty of the coming the Hour and the blowing of the trumpet as if to say that it is so certain to occur that it is as if it already has.

5) Imām al Razi explains that people will walk at different paces to the same destination. The word ‘Yansilūn‘ is fast paced walk that happens without you choosing that pace, rather you are being made to walk in haste to a destination. This reveals the incredible ability (Qudra) of Allāh, that He will bring back to life many billions of humans all together and then move them towards a certain place, the Plane of Resurrection.

6) ‘Wayl‘ means ‘Huzn‘ (grief), Halāk (destruction), ‘Athāb (punishment). So ‘Waylanā‘ is a way of calling out to destruction like one says ‘Yā Musībatī‘ i.e., ‘O My destruction’. It expresses shock at the magnitude of the calamity before one. A similar word, contained in another recitation is ‘Waylah‘ meaning disgrace, and in such a context refers to the disgrace of seeing your shameful deeds exposed in front of others. Therefore on this day there will be shock out of horror and shock out of disgrace.

7) Why was the word ‘Marqad‘ used in the latter verse when ‘Ajdāth‘ was used in the former? ‘Marqad‘ holds the meaning of the place of resting (Makān) and of resting itself (meaning death). ‘Ajdaath‘ only carries the meaning of the place of death (Makān). Hence ‘Marqad‘ delivers more meaning and is as if to say they were in their graves whilst in a state of sleep. ‘Marqad‘ comes from the lexical derivatives ‘Raa Qaa Da’. This is more general in meaning to Qabr or grave. The former is a place of rest, be it a grave or otherwise, wherever a dead person ends up.

When one hears of the startling punishment of the grave for disbelievers and sinners, the forceful interrogation by the two angels, the interlocking of ribs due to its constriction, the fire and the thrashing until the resurrection, it becomes horrifying realise that this is a ‘resting place’ in comparison to the tragedies on the Day of Resurrection.

You are being given, as you read this, right now the opportunity to prepare for both destinations, tomorrow in their proximity, after which there is no action but only reward or punishment. Let us resolve to reform ourselves, and help one another reform to become true slaves to Allah, that we meet him, together as sound believers.