Do you ever daydream about a brighter future? 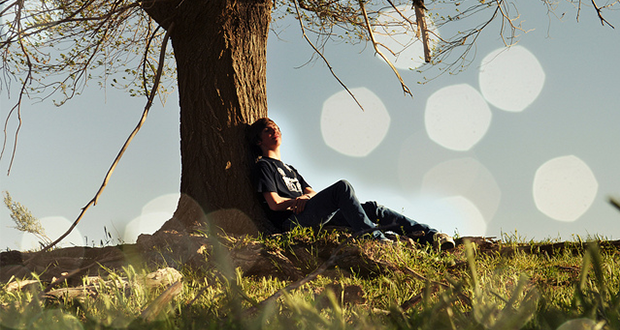 Imagine being given a blank cheque signed off by a billionaire to enjoy as you wish. The things you could buy and places you could go would be determined by the extent of your imagination. If you can think it, you can have it! Though such a scenario is but a daydream for many it will be a reality for the Believers in the not so distant future…in fact, it gets even better!

Part 28 – Do you ever daydream about a brighter future?

58) They will have fruits there and whatever they request.

Allāh spoke about how the People of Jannah will be busy doing joyous activities, before unwinding to beautiful, relaxing couches under canopies with their spouses. But in this splendorous scene, what will they be eating? In the Qur’ān, more often than not we find mention of the inhabitants of Paradise eating fruits of all varieties. Why is there such an emphasis on fruit or Fawākih?

Ibn ‘Ashūr addresses this question by noting that fruit is usually eaten for its tastiness and enjoyment, not to satiate hunger,[1] as the inhabitants of Jannah will never experience hunger. Specifying fruits against other foods eaten for pleasure is because much fruit was difficult to obtain in the desert. Ibn ‘Ashūr explains that the mention of their reclining posture, under shades of lofty canopies is that the inhabitants will be busy eating the fruit as oppose to obtaining it. Although a specific type of food was mentioned, the end of the verse generalises what they will be given to include “whatever they request”, which includes whatever a person may wish based on his memory of Dunya..

Imām al-Tabari mentions that: “wa lahum mā yada’ūn” means they will have whatever they wish[2] whilst al-Qurtubi expounds by saying that ‘yada’ūn’ is a form of Du’ā on the template of ‘Yafta’ilūn’ meaning that whoever of the People of Jannah wishes for anything, that person will be given it. It is also said that ‘yada’ūn’ means ‘tashtahūn’ (what they desire) or ‘yas’alūn’ (what they request) and the meanings are similar.[3]

If all of the above is not enough to blow your mind there is even more. Imām al-Tabari outlines that the word ‘Salām’ is possibly the predicate ‘Khabar’ of the former statement ‘mā yada’ūn’, which would mean they will have whatever they request entirely and solely for them. The trilateral root of this word Sa La Ma carries the meaning peace but also safety. It also has the meaning of completeness and being free from obstacles. Another possibility is that the ‘Salām’ is further praise of the People of Jannah in that Allāh will speak to the inhabitants of Jannah saying: “Salāmun.”[4] The Hadith from Ibn Mājah supports the second view.

It is reported that Muhammad b. Ka’b al-Qarthy told Umar b. ‘Abd al-Aziz: “When Allāh has dealt with the People of Jannah and the People of Jahannam, He will speak to the first level of Paradise and give Salām and they will reply, as per the Qur’ān: ‘Salāmun qawlan min rabi Raheem’… He will do that for every level in paradise.”[6]

The statement ‘mā yadda’ūn’ is as if Allāh ‘azza wa jal saying to us: ‘I will give you mates, palaces and fruits, and on top of this, I will give you whatever you want!’

The word ‘yadda’ūn’ is closer to meaning ‘wishing’ which is not the same as asking or requesting. So Allāh is telling us that with just a passing thought of desiring something, anything at all, will result in that thing being brought to you.

According to al-Qurtubi, the word ‘Salām’, is grammatically Marfū’, as ‘Badal’ or a substitutionary term for to the previous statement ‘ma’, meaning Allāh will give them what they want, and from what He will give them is the greeting of Salām and the People of Jannah will be elated at that.[7] ‘Salām’ could also be:

The Salāmun could be what is called a Na’t or adjective to the ‘mā’ in the Nakirah or abstract form, which would mean: for them is whatever they request i.e., without restriction.

Or the ‘mā’ could be said to be the subject of the sentence, therefore ‘Salāmun’ would become its predicate, meaning the reciter should not stop on the word ‘yada’ūn’, but rather continue onto the next verse.

Or the ‘Salām’ can be read as a Masdar, in the infinitive form, becoming ‘Salāman’ and thus describing their state of experience, so it would mean: ‘they will have whatever they request whilst being in a state of peace,’ again no stopping then at ‘yada’ūn’.[8]

“From a Merciful Lord” means that He will not take them to account for their past criminalities they did in the Dunya. That they are given something many times greater than what they deserve through their actions alone.

Imām al-Sa’di elucidates the impact of this Salām from Allāh Most High. When He, Allāh conveys the Salām to the People of Jannah, they are engulfed by a state of peace in every way, saluted in the loftiest way possible and the recipients of a grace unmatched by any other… How not when this occurs from the King of Kings, the Great Lord, the Most Kind, the Most Merciful towards His honoured guests? Those whom He is pleased about, never becoming displeased with them. Were it not that Allāh had decreed they will live forever, their hearts would have been displaced out of excitement, splendour and happiness. We ask Allāh to not forbid us from this bliss, and to allow us to see His Noble Face.[9]

Imām al-Rāzi beautifully reflects over the receiving of Salām, and the association between this and the attributes Allāh affirms on admitting His guests into His Paradise. Here Allāh says: “Salām, a word from a Merciful Lord”[10] whilst in another verse, His guests are honoured with: “…hospitality from One all-forgiving, all-merciful.”[11] A place of hospitality is where a guest is honoured immediately. Despite this indicating the general treatment of the host, meaning if a guest is honoured to begin with, he is likely to be honoured thereafter and vice versa. But this is not necessarily the case, as a King who owns vast provisions will honour his guest to begin with, but could argue with him regarding a matter thereafter. So Allāh, The Host in this case reminds us of His Characteristic, the One all-forgiving, so that the slave feels safe and is not expectant of punishment after being fed. As for His ‘Salām’, then this reveals the extent of His honouring the recipient of this Salām. This is because the Rabb of something is its Owner, Whose greatness is such that those lowlier do not expect to be honoured by Him. So if they do receive from Him Salām, they are taken in awe and amazement. It is usually said in amazement: “Look, he is his master, yet he gives his subjects Salām.”[12]

[5] Ibn Mājah. Although this Hadith is classified as weak, there is other evidence to support its meanings, such as Allāh being above and Him being seen from that direction. Everything the Hadith alludes to is established.

[6] Narration mentioned in the Tafsīr of Imām al Tabari