A Contract Every One of us Signed 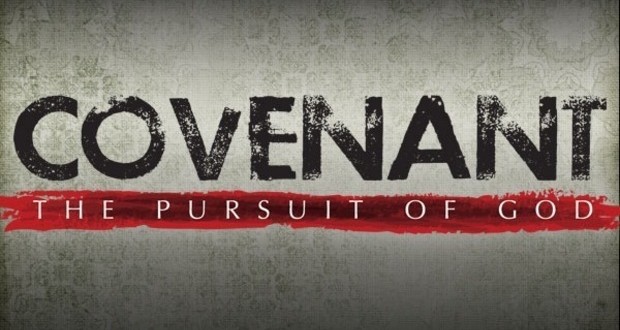 Part 30 – A Contract Every One of  us Signed

62) But to worship Me. That is a straight path.

Imām Al-Tabari explains that it is as if Allāh is continuing with the rhetorical questioning, so as to say, “Did I not take a covenant with you, O Children of Ādam, not to worship Shayṭān?”[1] and no one else besides Me, and that you show total obedience to Me? So if you show sincerity in your worship of Me and single Me out in your obedience, disobeying Shayṭān, then this is the correct religion and the upright path.[2]

The ‘Ahd or covenant that Allāh took with us therefore has two main commands: to refuse to worship Shayṭān, and to, instead, worship Allāh alone. The two statements complement one another as, although some of the People of Misguidance being addressed may not have necessarily worshipped Shayṭān, they most certainly did not worship Allāh and they have thus failed in their commitment to the ‘Ahd. This basic command: “worship Me” with the basic prohibition: “do not worship the Shayṭān” results in one treading the straight path that leads one straight to the goal; Allāh the All-Mighty.

62) He has led huge numbers of you into error. Why did you not use your intellect?

Ibn ‘Āshūr outlines that after Allāh stated the clear enmity of the Shayṭān to us, He tells us the reasoning for this: “he has led huge numbers of you into error.”[3] So his enmity is evident, and Allāh’s ‘Ahd to obey Him was certainly to your own benefit, Oh man.[4] Al-Tabari adds that Shayṭān has most certainly diverted a great many of creation away from My obedience and My exclusive worship. To such an extent that they have started worshipping him and have taken him as a deity besides Me.[5] ‘Afalā Taʿqilūn’ means, ‘Oh Polytheists, do you not use your intellect to see how you are in fact worshipping your own enemy by showing acts of devotion to other than Me?’

Imām Al-Qurtubi states that ‘Aḍalla’ means ‘Aghwā’ i.e. Shayṭān has deceived you. ‘Jibillan Kathīra’ means many a creature, or many nations. Then ‘Afalā Taʿqilūn’ means ‘Do you not see his enmity towards you and the obvious need to show true obedience to Allāh alone?’[6]

Ibn ‘Āshūr adds that the use of ‘an’ (‘that’) once again, otherwise called the ‘an’ of Tafsīriyyah, shows that verse 62 is connected to the one that precedes it, thus further explaining the covenant that Allāh took.

The use of Sirāt or ‘path’ and ‘Mustaqīm’ or ‘straight’ in the indefinite forms renders the statement as being more emphatic, much like the effect of adding an exclamation mark to the end of a statement.

Why was the word ‘Jibill’ selected here by Allāh rather than other more common words that refer to creatures or to nations? ‘Jibill’ alone already refers to a great number from amongst creation (al Khalq al Kathīr) but Allāh said ‘Jibillan Kathīran’ which is even more than that i.e. a huge, endless multitude of creation. So it provides much more emphasis on the number than to simply say ‘Khalqan Kathīran’. The word also carries two other distinct meanings. The first is hardness or coarseness (Ghiltha) through which we get the word Jabal meaning ‘mountain’ from this root. The second is repulsiveness (Qubh). All three meanings can be combined to illustrate a huge gathering of hard-hearted creatures despised by Allāh, very much like the Asḥābul Qarya mentioned in an earlier verse.

It would have been enough to say: ‘Afalam Taʿqilūn’ but, instead, Allāh says: Afalam Takūnoo Taʿqilūn. The latter carries the added meaning of persistency as if to say ‘Were you ever going to use your intellect and see the reality of turning away from Me and worshipping Shayṭān?’ According to Ibn ‘Āshūr, the use of Istifhām Inkāri or the denunciatory interrogation shows how despicable it was that they had not made use of this God-given intellect.

‘Aḍall has the meaning of being led astray, or diverted. In this case the diversion is from the straight path mentioned in the previous verse and thus the two verses tie together harmoniously. The Arabs use the term ‘Dābatun Dālah’ to refer to a beast that has gone astray.

The clearest indicator in these verses is that it has always been the nature of man to be a monotheist up until the people of Nūḥ (ʿalayhi al-Salām) at which time Shayṭān brought the beginning of corrupt change. Some cultural anthropologists put forward the idea that the early religion of human beings was polytheism, and that the idea of monotheism slowly evolved from that. This is flawed even by one’s internal acknowledgement of the opposite. Man’s inner tendency and intellect guides him to monotheism and leads him to worship He Who is transcendent.

No inner impulse exists to the contrary, much less the outright denial of a deity altogether such as atheism. This is why ‘ignorance’ cannot be used as an excuse for atheism or polytheism. On the other hand, it may be accepted for prescribed acts of worship or prohibitions outside of the remit of one’s internal moral code. The verse indicates two avenues of guidance; to ‘hear’ through revelation, or to use the intellect. A person who has never heard anything of the revelation is still obliged to interrogate the intellect he has been given which, if used without preconceived thoughts and desires, leads a person to at least the fundamental matters of monotheistic belief and action.

Ibn ʿAbbās (raḍiy Allāhu ʿanhu) said: “Between Nūḥ and Ādam were ten generations, all of them were upon Sharīʿah (law) of the truth, then they differed. So Allāh sent Prophets as bringers of good news and as warners.”[7]

Al Rāzi says that the above instructions are like a prescription from a doctor instructing the sick to keep away from certain foods as they will only exacerbate his condition and it serves as advice on taking medicine instead. Allāh knows what corrupts the hearts of humans and instructs them to stay away from this. He (ʿazza wa jal) likewise knows what benefits them the most and so He prescribes this for them.

‘Sirātun Mustaqīm’ expresses the fact that to Allāh is the final destination and so if someone turns and faces the target and stops himself from deviating from that target, he is certainly travelling on a straight path. Allāh should be our aim and to turn to Him is to turn to Him in ʿIbādah.

The word ʿIbādah has been used twice, once referring to Shayṭān and then to Allāh (ʿazza wa jal). Just as showing obedience to Shayṭān equates to making ʿIbādah to him, true ʿIbādah of Allāh equates to being obedient to His commandments and adhering to His religion. When a person obeys every command of another, the reality is that he is a slave and the other is his master who is being worshipped through such behaviour. Our Salāh, Zakāt, fasting and Ḥajj all form part of our ʿIbādah of Allāh and every worldly act that is done to show obedience to Allāh is rewarded like these prescribed acts of worship.