When Each Criminal Will Step Aside 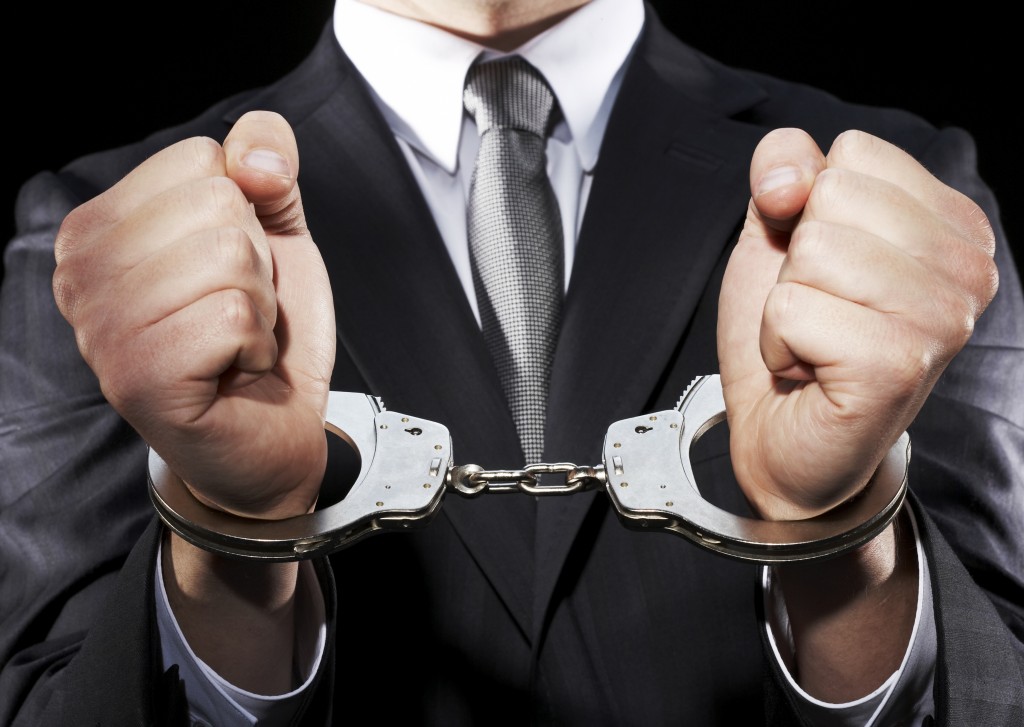 Gardens, rivers, trees, springs and beautiful spouses, perpetual life and everlasting joy. He who misses out would rather be put to eternal death than to observe this bliss and yet be separated from it. To be summoned to one side, reprimanded, ahead of a long, strenuous existence. All for what? A short, illusionary lifetime of putting Allāh secondary to desires that are, on that day, forever gone.

Part 29 – When Each Criminal Will Step Aside

59) Keep yourselves apart today, you evildoers!

It is reported from Abū Hurayrah that the Prophet (sall Allāhu ʿalayhi wa sallam) said: “On the day of Judgment Allāh will give Hellfire an instruction and so a horrible flame that is illuminating and dark will come a grab the criminals (Mujrimūn) and then it will be said,

“Did I not make a contract with you, tribe of Ādam, not to worship Shayṭān, who truly is an outright enemy to you, but to worship Me? That is a straight path.”[3]

On this traumatic day, the criminals (Mujrimūn) will be separated out from the people and will be on their knees, in such a manner as to reprimand them. This is Allāh’s saying,

“You will see every nation on its knees, every nation summoned to its Book: ‘Today you will be repaid for what you did.’”[4]

Ibn ‘Āshūr holds that the ‘waw’ in ‘wamtāzu’ meaning ‘and’ could relate back to a previous verse; “The Companions of the Garden are busy enjoying themselves today”. It serves the purpose of contrast and effect between the state of the two groups. The disbelievers are being told “keep yourselves apart” whilst the believers are told to go ahead and become preoccupied in My paradise. This again exacerbates the state of intense regret or Hasrah in the hearts of those who miss out. The People of Jannah are addressed with ‘Salām’ whilst the People of the Hellfire with ‘Imtāz’, almost as if both are being spoken to at the same time but with two completely different addresses.[5] ‘Imtāz’, according to Ibn ‘Āshūr means to stand aside, separate from any other entity, in this case, ‘separate out O disbelievers and move far away from Jannah,’ and, possibly, enter the fire.[6]

The word ‘Mujrimūn’ comes from the trilateral root, Ja Ra Ma which includes the meaning of committing a crime or unlawful act, being guilty or deserving of guilt. Allāh refers to those He addresses as ‘Mujrimūn’ rather than as Ahl al-Nār (the People of the Fire) to illustrate the reason (‘Illah) for the command “keep yourselves apart.”

Al-Qurtubi added that the order to be separated from the believers can also mean that the disbelievers will themselves separate out into their respective groups; followers of Judaism as one and the followers of Christianity as another. As for ‘Ahl al Ahwā’ or the followers of their own desires, then these are ordered to remain alongside the criminals.[7] It is said that every party of the People of Fire will have their own abode which they will enter after which the door will be shut. They will remain in there forever without seeing anyone or being seen by anyone.

At this point, in utter despair they begin to curse and blame one another for their perpetual calamity:

“(The followers of those who misled will say): ‘No, it is you who have no welcome. It is you who brought it upon us. What an evil place to settle!’”[8]

60) Did I not make a contract with you, tribe of Ādam, not to worship Shayṭān, who truly is an outright enemy to you.

Al-Sa’di notes that this is like a continuation to the previous verse, whereby Allāh commands the disbelievers to stop and separate themselves from the believers who move on into Jannah, in order for them to be questioned and taken to task. It is as though the questioning at this instance commences. According to Imām Al Tabari, after telling them to stand aside, ‘Imtāzū’, Allāh questions them: ‘did I not give you a command (‘Amr) and an instruction (Wasiyyah) in the Dunya not to worship the Shayṭān or indeed anything else besides Me, but instead you obeyed him in the disobedience of Allāh?’[9] Imām Al Qurtubi mentions that the ‘Ahd here means Wisāyah i.e., a counsel or ordinance to you upon the tongue of the messengers to not obey the Shayṭān in disobeying Me.[10]

His enmity to you was made clear by the fact that he refused to prostrate to your father Ādam out of envy (Ḥasad) due to the honour We had given him and then kept trying to deceive him until he caused him and his wife to be expelled from Jannah.[11]

Ibn ‘Ashur comments that this is a direct address to all humans gathered at the Plane of Resurrection, excluding the People of Paradise who have by now hastened off to Jannah leaving behind the People of Misguidance. Here, the Mushrikūn are also present and perhaps even the People of al A’rāf (the People of the Heights),[12] as their presence will bring added shame onto the Mushrikūn. Their address by the term ‘Banī Ādam’ or ‘tribe of Ādam’ serves to rebuke them for living in the obedience of Shayṭān when they are the children of the ones whom Shayṭān showed great enmity and mischief towards.[13] The word ‘Alam’ (did I not?) should be read as a rhetorical question as this ‘Ahd is something they cannot deny or dispute.

Al-Qāsimi also explains that this statement is by way of reprimand, whereby Allāh cites a piece of evidence against them which is the ‘Ahd, or the Covenant which calibrated the moral compass of man (Mīthāq al-Fiṭrah),[14] such that he is internally acquainted with his knowing of Allāh.

The use of ‘Imtāzū’ shows humiliation on the part of the disbelievers, as well as contempt and psychological punishment, singled out from the rest of Allāh’s creation.

The reference to them as Mujrimūn is a degrading form of address that focuses on their wretched nature.

Here, ‘Ahd was used by Allāh as oppose to Wasiyyah. The scholars of Tafsīr say that although al ‘Ahd here means al Wasiyyah the term ‘Ahd is stronger than Wasiyyah as it denotes a binding contract between two parties in which both parties are fully aware of what they are agreeing to, whereas Wasiyyah is more akin to a parting advice or encouragement.

‘Ibādah or worshipping the Shayṭān entails obedience to him by giving into his whispers. This is in fact broader in meaning than to say that worship is confined to praying and sacrificing to someone. This is because worship essentially means submitting and enslaving yourself to a deity. Once this is present you become a worshipper of that deity, even if you do not fall in prostration to it. Obeying Shayṭān in his whisperings and enticements will necessarily lead one to disobedience of Allāh. In Ibrāhīm (ʿalayhi al-Salām)’s advice to his disbelieving father he said:

“Father, do not worship Shayṭān. Shayṭān was disobedient to the All-Merciful.”[15]

The word construct of ‘Innahu lakum ‘aduww mubīn’ (who truly to you is an outright enemy), contains a sense of ‘Ikhtisās’ or exclusivity such that to say, ‘he is an enemy unto you in particular’ as the normal construct would be ‘Innahu ‘aduww mubīn lakum’ placing the object ‘you’ at the end of the sentence rather than at the beginning. It also captures two meanings in that Allāh has made his enmity clear to you and that the enmity he holds is towards you.

Allāh further tells them that the reason they were prohibited from obeying the Shayṭān is for the reason (‘illah) of his enmity which is ‘Mubīn’. The word ‘Mubīn’ is a verbal noun from the verb ‘Abāna’ which means to make clear, except it is in the form of emphasis, as if to say: ‘he is a clear-cut enemy.’

The story of Ādam (ʿalayhi al-Salām) and the Shayṭān’s refusal to prostrate to him after he was commanded marks the beginning of the sworn enmity the Shayṭān declared against our father. This affair was mentioned in no less than seven places in the Qur’ān, each from a different angle, and in separate context and emphasis. The Shayṭān’s knowledge that Ādam (ʿalayhi al-Salām), and those who follow him in righteousness will be admitted into Paradise whilst he is certainly heading for Hell, lumbers him with envy. He thus desires nothing more than for others to give him company in his final abode, and will use everything in his repository to get you there.

Ibn al Qayyim explains that the Shayṭān will first try to make one outright reject Allāh, and openly display enmity towards Islām, therefore relaxing and completing his ultimate objective. If he fails, he will invite one to practice innovations, matters that are incorrectly attributed to Islām, trapping the follower in this predicament until death. If he fails, he will focus on major sins, fornication, drinking, usury and so on. If he fails he will try to make one fall into minor sins, if he fails, he will preoccupy him with permissible matters that contain no reward, like games, wasting time, lying around endlessly, then if he fails, the Shayṭān will order one to do a good action, but one that is lesser in reward than another. He will never give up, but will tussle with a Muslim until and during death.

It is important to realise, however, that the Shayṭān’s arduous efforts to corrupt are no excuse for us to be corrupted as he is incapable of changing people, unless they open up their hearts to him. In fact, on the plain of resurrection, as the followers of the Prophets follow the Prophets, and the followers of the Shayṭān follow the Shayṭān, he will stand up in front of them and deliver his depressing sermon inflicted with the same thing as his followers in desperation for help,

“And Shayṭān will say when the matter has been decided: “Verily, Allāh promised you a promise of truth. And I too promised you, but I betrayed you. I had no authority over you except that I called you, and you responded to me. So blame me not, but blame yourselves. I cannot help you, nor can you help me.”[16]