Arguing with your Hands and Legs 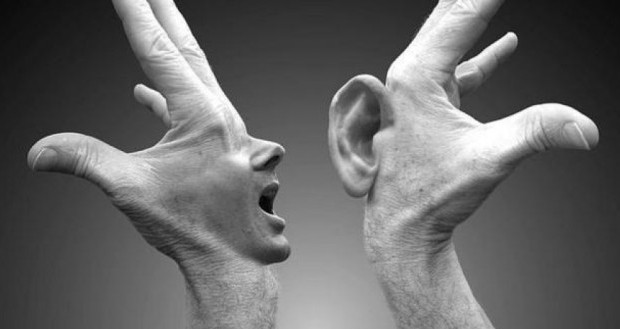 Generally, one sins to satisfy his desires and to gratify his exterior limbs. Then on the Day of Judgement, man’s entire ordeal is to protect them from the smouldering fire. He will, for them, even lie to dispute his case before the Almighty. But gone are the days when lying salvaged the perpetrator from accountability. Today the tongue is sealed in the mouth, and the limbs will speak for themselves.

Part 31 – Arguing with your Hands and Legs

63) This is the Hell (Jahannam) that you were promised.

Imām Al-Tabari says in his Tafsīr that this is the promised punishment for disbelieving in Allāh and belying His Prophet that you were told of in the Dunya.[1] Imām Al-Qurtubi adds that this prison of Jahannam is that which you were belying and denying.[2] When Jahannam is shown to them they will realise that this was the Jahannam which they had been told about in the Dunya and warned of, according to Ibn ‘Āshūr.[3]

64) Roast in it today because you were Kāfirūn (disbelievers).

‘Today’, according to Al-Tabari, refers to the Day of Resurrection; Yawmul Qiyāmah. The disbelievers will be told to burn in it because of the denial they put forward in the Dunya about all of this being true,[4] thus you will suffer the humiliation in Jahannam. ‘Iṣlaw’ comes from the trilateral root ṣ-l-y which means to roast or to broil or grill. Included in its meaning is to fry meat or flesh, to burn, to cause to suffer and to slander. The ‘Amr, or the directive form of this verb, is being used here which shows the contempt Allāh has for those subject to His punishment and, by extension, the contempt we should also have for them.

Ibn ‘Āshūr explains that the use of Al Yawm (today), and Wa’d (promise) is a subtle reference to what the Quraysh used to say in mockery, “when will this promise come about if you are telling the truth?”[5] It is on this day, Al Yawm, that you will find out the truth of My Wa’d that you used to sneer at. This is the answer to the question that you asked mockingly in the Dunya.

65) Today We seal up their mouths and their hands speak to us, and their feet bear witness to what they have earned.

Imām Al-Tabari mentions that Allāh will seal up the mouths of these Mushrikīn on the Day of Resurrection.[6] Then their hands will start to speak, relating the acts of disobedience they engaged in during this life.[7] Then the thigh of their right leg will begin to speak of the sins the legs committed in the worldly life.[8] The narration of Abū Mūsā al-Ash‘ari (raḍiy Allāhu ʿanhu) explains this further:

“The believer will be called to account on the Day of Resurrection, and his Lord will show him his deeds, just between him and His Lord. He will admit it and will say, ‘Yes, O Lord, I did do that.’ Then Allāh will forgive him his sins and conceal them, and no creature on Earth will see any of those sins, but his good deeds will be seen, and he will want all the people to see them. Then the disbeliever and the hypocrite will be brought to account, and his Lord will show him his deeds and he will deny them, saying, ‘O Lord, by Your glory, this angel has written down things that I did not do.’ The angel will say to him, ‘Did you not do such and such on such a day and in such a place?’ He will say, ‘No, by Your glory, I did not do that.’ When he says this, Allāh will seal his mouth.” Abū Mūsā Al-Ash’ari (raḍiy Allāhu ʿanhu) said that he believes that the first thing to speak up will be the thigh of the right leg of that person, then he read this verse.”[9]

Another view states that the first to speak up will be the thigh of the left leg and Allāh knows best. So ‘Nakhtimu ʿalā Afwāhihim’ means they will not be able to contest or deny the deeds that they will be questioned about, as it is not their lying tongues that will reply but their limbs which will be made to speak.

Imām Al-Qurtubi said that the sealing of the mouth serves four purposes:

– Their statement: “by Allāh, our Lord, we did not do shirk” is a lie and so Allāh seals up their mouths so that their limbs testify that indeed they did. This was mentioned by Abū Mūsā al-Ash’ari.

– In order that they would be exposed in front of Ahl al-Mawqif, the ‘People of the Standing’, on the plane of resurrection and be clearly distinguishable. This was mentioned by Ibn Ziyād.

– So that it is made known that even though these limbs that helped fulfil that person’s wants have now become witnesses against the person and in the service of their Lord.[10]

The word ‘Bimā’ meaning ‘due to’ contains the ‘Bā’ of Sababiyyah or consequence, whereby Allāh is telling us that what befell them is only out of justice, as this punishment was brought about due to their own belying, denying, and rejecting the truth.[11] Thus the promise is because of their disbelief, making the endings of verses 64 and 65 complementary.

Why did Allāh say Bimā Kuntum Takfurūn (because you used to disbelieve) rather than Bimā Kafartum (because you disbelieved) when in fact they had disbelieved when they were told about the Day of Judgement in the Dunya? The present-tense form Takfurūn delivers a sense of continuity. It is to say that you are being punished because of your constant and insistent belying of the truth, despite the promise of the Day of Judgement constantly being reiterated to you, as Kuntum Tūʿadūn (because you used to be promised) is also in the present-tense form. Moreover, Kufr can relate to disbelief or ungratefulness, and in the verse the type or object of Kufr was not stated. The open nature of the statement Bimā Kuntum Takfurūn thus allows it to relate to all forms of their Kufr.

Allāh affirmed in the verses that He (subḥānahu wa taʿālā) will ‘seal up their mouths’, ‘Nakhtim’, but when He mentioned their limbs speaking, He said: ‘Tukallimuna’, ‘they will speak’ rather than ‘Nuntiq’, ‘we will make speak’. This is so as to prevent someone thinking that Allāh is forcing them to testify against themselves; it is part of the utter justice of the Almighty.

Al-Biqā’ī said that the words in this verse about mouths being sealed up and limbs being made to speak are expressive of Allāh’s bewildering power that is borne out of His Greatness.

The ‘speech’ that will occur from their limbs is real and not figurative speech. In another verse, Allāh tells us that they will respond to their limbs: “They will ask their skins, ‘Why did you testify against us?”[12]

According to Al-Biqā’ī, the sealing up of the mouths (Khatm) is something that occurs after the resurrection and is imposed upon them. Later on, Allāh will speak of sealing up their eyes (Tams) before death, and transforming their figures (Maskh) that could come about if He so wished. He is capable of this and this sends a stark warning to the disbelievers.

Why is the leg the first limb to speak up before all others? Māwardi said, in reply to this question, ‘it could be that mentioning the thigh before any other limb is because sins are usually enjoyed by the upper limbs (upper body) and the closest lower body limb to the upper body is the thigh. Because it is so close it is given precedence in being made to testify (against the upper body).”[13] Another possibility is because the enjoyment behind sinning is commonly in pursuit of pleasure with what is in between the thighs, i.e. the private part, and so the thigh is the closest to that body part and hence it will testify first. This goes a long way in emphasising the added severity of sinning against Allāh in this way.

[9] Aḥmed, al-Albani said all of its men are trustworthy (thiqaat) and so it is Saḥīḥ.