“Not the Words of a Poet, Little do you believe” 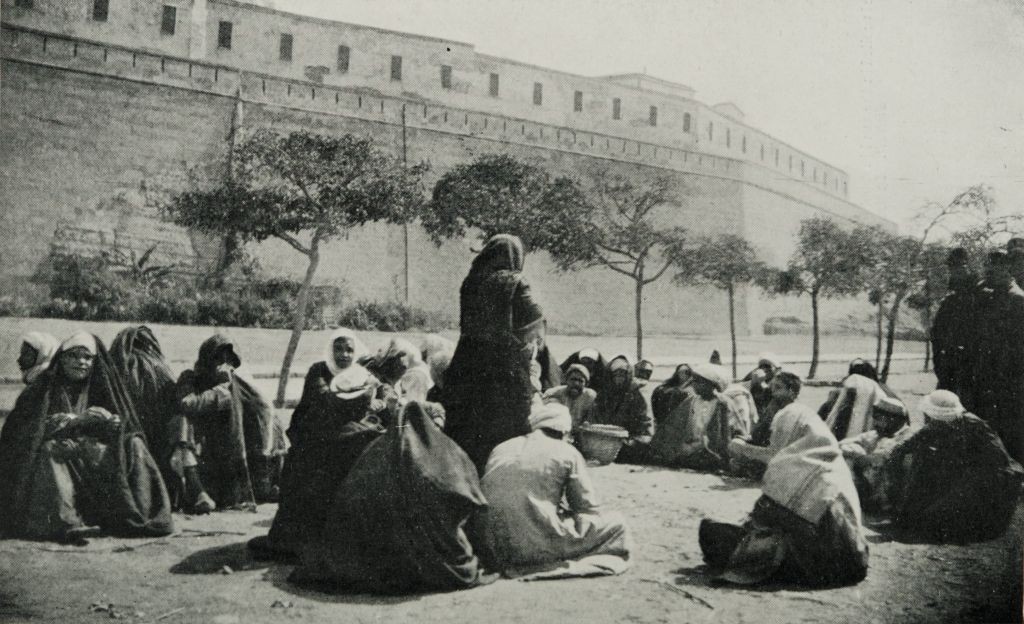 When put against the templates of Arabic poetry and literature, the Qur’an was wholly different. By the admittance of one of the most influential enemies of the Prophet (sall Allahu ʿalayhi wa sallam), “What the Qur’an is saying can never be compared to any of those literary achievements. By God! What it says is exquisite, and there is an air of splendour about it.”[1] Today, with mankind’s degenerated literary ability, how can a challenge to its linguistic perfection ever stand on its feet?

69) We did not teach him poetry nor would it be right for him. It is simply a reminder and a clear Qur’an

Rather ‘In Huwa’ i.e. rather Muhammad (sall Allahu ʿalayhi wa sallam) is reminding all people about Allah through the message He sent to him and warning them about their fate.[4] “And a clear Qur’an”, meaning he came with a clear Qur’an. It is clear to the one who reflects over it with a sound mind that it is in fact from Allah (as opposed to it being the work of man) sent down to Muhammad and it is clearly not poetry or a rhyme made up by a fortune-teller.[5]

Ibn Kathir mentions that Allah speaks in defence of His Messenger (sall Allahu ʿalayhi wa sallam) to say that He never taught him anything of poetry nor did he know how to compose it. He furthermore did not like it, nor did he have a natural inclination towards it. It was narrated that he never memorised a stanza of poetry with the correct meter or rhyme. In fact, if he did try to recite it aloud, he would not be able to complete the poem. Once Abu Bakr (raḍiy Allahu ʿanhu) heard him reciting a piece of poetry and noticed that he got the words mixed up. After that Abu Bakr (raḍiy Allahu ʿanhu) said to the Messenger: “I swear by Allah that you are His Messenger.” It has also been related that all of the sons and daughters of Abdul Muttalib would recite poetry except the Prophet (sall Allahu ʿalayhi wa sallam).

Imam Al Qurtubi mentions that the words: “We did not teach him poetry” contain four points of discussion:

– Allah informs us here of the state of the Prophet (sall Allahu ʿalayhi wa sallam); namely that he never recited poetry nor did he desire to be a poet. This refutes the notion put forward by the disbelievers that he was a poet even though the Qur’an can, in places, be likened to poetry. When he would try to recite couplets of poetry, he would break its rhythm but mention its meaning correctly.

– If on occasions the Prophet (sall Allahu ʿalayhi wa sallam) recited couplets correctly, it does not make him knowledgeable in poetry or a poet. When Allah said “We did not teach him poetry” what is meant is that ‘We have not made him a poet, capable of making up his own poetry or relating it.’

“You never recited any Book before it nor did you write one down with your right hand.”[6]

– ‘Wa Ma Yanbaghi Lahu’ means it was not possible or easy for him to recite it. Allah made this a pointer to the veracity of his Prophethood to remove any possible doubt (Shubha) that this Qur’an was part of his natural ability to formulate poetry.

In Huwa, rather what you hear him recite, and what you call poetry is really a clear Qur’an.

One may ask, what is the connection between this Ayah and those that preceded it? The previous verses go about uncovering for the listener the amazing imagery of the unseen; such as speaking limbs, people without eye sockets, and the transformation of creatures. All of this may cause a person to perceive these words as being mere poetry or an emergence of a writer’s imagination rather than a depiction of reality. Thus, Allah clarifies now that it is not mere fiction or imagination, they are His words and they are real.

Ibn Taymiyyah explains how the Prophet (sall Allahu ʿalayhi wa sallam) would be accused of being a poet or a soothsayer. This accusation occurred because the Qur’an in places is poetic and informs of the unseen, the latter knowledge claimed by soothsayers. Allah made mention of a way to distinguish between the two in the chapter al Shu’ara onwards from verse 222.[7]

70) So that you may warn those who are truly alive and so that the Word may be carried out against the disbelievers.

The argument is further refuted, according to Imam al Tabari by this verse; that Muhammad is a Dhikr (reminder) for you, warning those from amongst you who have a living heart, understanding what is said to him, unlike the one with a dead heart, incapable of taking any benefit.[8] With regard to the fact that His punishment may become binding on those who disbelieve in Allah and turn away from showing obedience to Him, rejecting whatever comes to them from Him, this means that their evil deeds (A’mal) have brought about a binding punishment.[9]

Al Qurtubi adds that Hayy, or alive, refers to one’s heart or the one who possesses intellect (‘Aqil) or the one who will believe according to the Knowledge of Allah. So this means that Allah is instructing the Prophet to warn, as those who will benefit from this warning are who are Hayy.[10]

Ibnul Qayyim states that they Ayah indicates people are of two types: the living, who accept and benefit from Prophetic warnings, and the dead who do not accept nor benefit from them. The punishment becomes mandatory upon them, not simply for their existence but because of their rejection of a clear message, supported with proofs. Allah says:

“In that way the Word (Kalimah) of your Lord is realised against those who are deviators, in that they do not have Iman.”[12]

‘Kalimah’ in this context is of two types: Kalimatul Iḍlal and Kalimatul ‘Athab, the word of evidence and the word of punishment respectively. Like in the words of Allah:

“…But the decree (Kalimah) of punishment is justly carried out against the disbelievers.”[13]

The words of Allah make it clear that the Kamilah has become mandatory upon them due to their disbelief. It is thus a Kalimah that is based on evidence and a punishment based on justice.

1 – The words Wama ‘Alamnahu negate that the Prophet (sall Allāhu ʿalayhi wa sallam) was ‘taught’ poetry, by extension affirming that he was taught the Qur’an. That single statement thus negates that the Qur’an is poetry and a product of his own mind at the same time.

2 – The word ‘Yanbaghy’ is sourced from the two Arabic words: ‘Yastajibu Lillbaghy’, meaning something accedes to one’s request. In the verse it means that producing balanced poetry is not part of his ability. This does not negate his recitation of poetry, because reciting it is different to being taught it and the Prophet (sall Allāhu ʿalayhi wa sallam) did on occasion criticise poetry or praised some of it.

3 – A living heart is being linked to having an ability to see the truth as opposed to a dead heart. The disbelieving heart’s ability to see the truth is compromised, in this case accusing the Qur’an of being poetry. Disbelief indeed impacts a person in the worldly sense and can cause the mind to lose its ability to distinguish truth from falsehood. Even those who accuse the Qur’an of being the work of man dismiss it as thus without scrutiny, study or consideration.

4- The approach of the Qur’an in refuting the specious arguments espoused by the disbelievers against the Prophet (sall Allāhu ʿalayhi wa sallam):

a) Are not simply based on the apparent meaning of the Shubha but rather the implied message i.e. the Qur’an is not really revelation or that Muhammad (sall Allāhu ʿalayhi wa sallam) is not really a Prophet.

b) Follow a deconstructive approach. In this example, if you claim that the Qur’an is poetry then how is it that Muhammad (sall Allāhu ʿalayhi wa sallam) was not called a poet by his people beforehand or had no other poetry attributed to him. How is it that when he did try to compose it, he would make mistakes?

With the grave warning of rejecting Islam and the severe punishment looming, are you sure you want to go there with this line of argument?

[1] Narrated by al Hakim on the authority of Ibn ‘Abbas

[3] The rhythmical sequence of poems depends on the correct placement of the last word as is well known.