The Disability of Misguidance 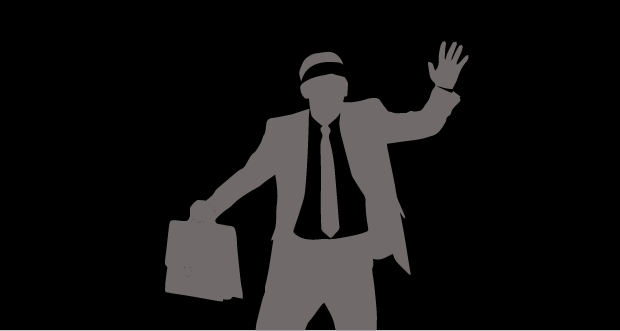 How would you picture the physical state of misguidance? Is it merely to embrace another opinion, a state within the spectrum of freedom of thought, or something without a picture? Whatever we imagine, it is limited by the degree of our own guidance. The extent of its severity can only be illustrated by the One who owns guidance and misguidance. Allāh renders those left astray like he whose eyes have been blotted out, with their sockets completely sealed.

Part 32 – No Sight or Movement: the Disability of Misguidance

66) If We wished, We could put out their eyes. Then, though they might race for the path, how would they see?

Imām Al-Tabari mentions that “We could put out their eyes” means:

– If We wished We would blind them from the guidance and misguide them from attaining proof or evidence (‘Hujjah). This view was attributed to Ibn ʿAbbās.

– If We wished We will leave them as blind, meaning they are already blinded, and We could easily blot out their eyes leaving them permanently in a state of blindness wandering about aimlessly. This was the view of Al Ḥasan and Qatādah.

Which of the two opinions is the more accurate and why? Al Tabari says that the second view is more accurate as the verse is speaking about the disbelievers who are already misguided and so Allāh is saying here that if He so wished He could make permanent this state, such that they could have no hope of being guided. Ṭams over the eyes means literally blot and efface out the eyes so that the sockets are no longer apparent.[1]

Fastabaqu Al Sirāt means they will rush around the path, according to Al Qurtubi, going back and forth. Al Sirāt refers to a clear path, well-known to them as stated by Biqā’ī. Fa’annā Yubsirūn; how on earth could they possibly see the right way on this path when We have effaced their eyes. How exactly could they ever find guidance after this or discern the Truth from falsehood?

Imām Al Qurtubi mentions that al Maṭmūs linguistically refers to the blind person who does not even have eye sockets let alone eyes. Besides the two views mentioned by Tabari, a very different view was reported from ‘Atā and Muqātil; that had We willed, We would have gouged out their eyes of misguidance, making them blind from going astray, thereby turning their sights from misguidance to guidance, able to see the path to success and embark on their journey to the Hereafter. Then He (Allāh) said: “Fa’anna Yubsirūn” meaning that We will not do this for them.[2]

There is also a view attributed to ʿAbdullāh b. Salām which Qurtubi said was unprecedented. This is that Al Sirāt here refers to the bridge that people will need to pass over on the Day of Judgement. And Allāh knows best.

67) If We wished, We could transform them where they stand so they would neither be able to go out nor return.

Al Qurtubi mentions that ‘Masākh’ means to change the nature of a creature (Khilqah) and its heart into stone, an inanimate object or cattle. Al Ḥasan said this means that they will be made to sit, thus incapable of moving forwards or backwards. Such is the state of an inanimate object. It can also possibly mean that the form and features of the person is changed to that of an animal, causing that person to wander about aimlessly unable to move with any real purpose.[4]

Allāh said He could make that happen to them in their ‘Makānatihim’ i.e. in their own homes, also read in the plural as ‘Makānātihim’. This can refer to the places and venues in which they would commit sins and wicked deeds. In line with his view on the previous verse, ʿAbdullāh b. Salām (raḍiy Allāhu ʿanhu) believes that this also relates to the Day of Resurrection as they cross over the Bridge positioned over Hellfire. If this happens to them, they will be incapable of ‘Mudiyy’, a verbal-noun coming from the verb ‘Madā’, whereby Yamdī refers to when someone sets off.

They were blinded and so incapable of moving onwards. Then they were transformed and so became stuck where they were, and then prevented from even going back to where they came from. When Allāh punishes and misguides, it is all encompassing.

According to Al Biqā’ī, the use of ‘Wa Law’ (and had) with the use of present-tense ‘Nashā’u’ (We willed) carries the meaning of this being possible at any given time and is a more profound way of sending a warning. It also has a sense of hope in that it may not be too late to turn back and avoid this punishment.

Other words involving losing the sense of sight in Arabic include A’war meaning ‘one-eyed’ and ‘Amā meaning blind. Ṭamas, however, means to completely remove all trace of something, as opposed to simply blinding someone. Oftentimes, a blind person’s eyes can look normal giving the appearance of being able to see. Ṭamas, on the other hand, is to remove the eyes altogether so that such a person is seen to be blind without doubt. That is why it is so fitting to end the verse with “how would they see?” as sight can only occur if organs of sight actually exist in the first place.

Allāh said Tamasnā ʿAlā ʿAyunihim when it is possible to say Tamasnā ʿAyunahum, without the word ʿAlā (upon) such as in another verse:

“They even wanted to seduce his guests! So We put out their eyes: ‘Taste My punishment and warnings!’”[5]

The reason for this is that it delivers an extra meaning of removing the eyes and then covering up the area where they were removed from.

‘Fastabaqū’ means that as a result of the ‘Tamasa’ they raced (past tense) around the path, trying hard (Ijtihād) to find a way out of the punishment or in search of the truth even though they were blind to it.

Al Zamakhshari notes the meaningful omission of ‘to’. Allāh did not say Fastabaqū Ilā Al Sirāt, which places further emphasis on the fact that they are not even racing towards it, but running about aimlessly.[6]

‘Fa’annā’ (how would they?) is a form of questioning out of threat and condemnation. It means how exactly will they see? This reinforces the severity of their eyes being taken out.

‘Makān’ can refer to their homes or their state. In another verse Allāh instructs:

To set off on a journey is more difficult than to go back from where you came from, as to return is to go back to the path you just traversed. ‘Madī’, however, could refer to going ahead on a path for the first time. Starting with Madī negates the more challenging task, then negates the even easier one, emphasising the incapability more. It is like saying: “he could not walk, in fact he could not move or even go back form where he came.”

Both verses come together to present a stark warning to those that dispute and argue about the Truth of Islām and persist upon their disbelief. All are under the inimitable Qudrah or ability of Allāh and in His complete control. He could do with them as He so pleased; blind them, transform them, or whatever else He desired.

Ibn ‘Āshūr explains that the fact that Allāh said ‘Law’, indicating that He has not blinded or transformed them though He could, shows us that Allāh allows them to continue to persist in sinning and shirk. This results in their being led to punishment. This is worse for them as they go about living in this state of heedlessness, and each day they acquire more and more sins that serve only to increase them in punishment. These verses would have given the believers strength to persevere in the face of Qurayshi brutality.[7]

Some will say that if a person is blinded he can still make use of his other senses like hearing sounds, touching walls and objects or can use his experience to walk a Sirāt. Al Rāzi responds that the response to this claim is that they will not even have the strength to move, as mentioned in verse 67. Allāh’s punishment is all-encompassing. May Allāh protect us.