From the Urethra to the Universe 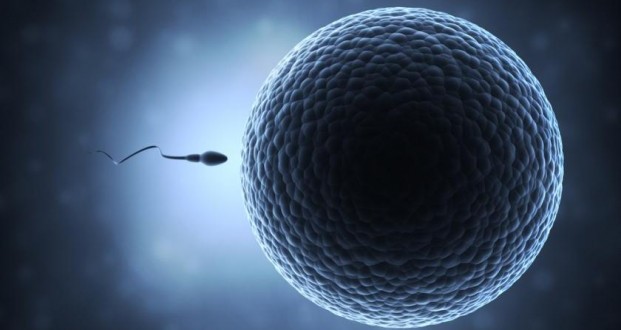 Expelled, then washed off or thrown away. It is such a despised fluid, and yet it is the biological building block of the human. That same human will grow to contempt from where he emerged, almost instinctively belittling his own self. Then a grown up sperm, proud of his size asks “How dare God do such and such?” and goes to lengths to express a case against the Most Supreme. If that conceited denier belittled his own origin then how little is he in the view of the Originator?

Part 37 – From the Urethra to the Universe

77) Does not man see that We created him from a drop yet there he is, an open opponent!

Therefore, the Tafsīr becomes, will not this man who says such evil words: “Who will give life to bones when they are decayed?” see that We also created him from a sperm cell and then fashioned him into the man he is? He quarrels about something that Allāh Himself promised that He will do. This quarrelling is thus evident or Mubīn.

But even if this verse were revealed in reference to a particular individual, the address is to man in general, and so the reason for revelation does not limit the application of the meaning.

78) He makes likenesses of Us and forgets his own creation, saying, ‘Who will give life to bones when they are decayed?’

Ibn Kathīr states that ‘daraba lana mathalan’ means he thinks (by the likeness he made) that it is unlikely that Allāh, the One who created the heavens and the earth out of nothing, could possibly resurrect. He has in fact forgotten his own self, meaning his origin. This is because man can come to know through his own lowly origin that Allāh is capable of greater things. By this, according to Ibn ‘Āshūr, these individuals are likening Allāh to His creation in terms of limited capability and, in turn, negating the possibility of al-Ba’th (resurrection).

They forgot both their origin and the lowly state of this origin, from a Nutfah, and asked, ‘Who will give life to bones after they have become ‘Rameem’, decayed or rotten?’ Had they reflected on how Allāh brought them into existence from nothing they would have realised that resurrection is even easier for Him, as Allāh tells us in another verse:

“It is He who originated creation and then regenerates it. That is very easy for Him.”[3]

79) Say ‘He who made them in the first place will bring them back to life. He has total knowledge of each created thing;

Ibn ‘Āshūr reveals the wisdom in the way in which Allāh told the Prophet (sall Allāhu ʿalayhi wa sallam) to respond to their claim. He told him to respond by saying that the One who will give life is the One who gave them life in the first place, so where is the difficultly in resurrection? Then Allāh concludes the verse, ‘He has total knowledge of each created thing’ as if to say that I know all the ways through which life can come about whether through a Nutfah, ‘Ithām (bones), seeds or anything else. There is nothing of creation that I do not know about.

Ibn al-Qayyim adds that Allāh reminds people about their first entry into the world as an indication of their second life to come. Just as We made you in the first instance so too will We make you come back to life in the second instance. In the first instance We made you from a Nutfah (a sperm), from a mixture of lowly fluid. How can He not then create you from more than that i.e., clothing the bones with flesh?

Allāh’s placing of an expression of His power alongside the weakness of man is in order for the latter to appreciate the ridiculousness in disputing with his Lord, as mentioned by Ibn ‘Āshūr. Abu Hayyān clarifies that Nutfah is in reference to the reproductive fluids that exit from the same place as impurities, again showing the lowly unsophisticated origin of man. How dare you then dispute with your Lord!

According to al Razi, a sign within man, as is the one related here, is the most pertinent and far-reaching type as it relates to everyone. Everyone is able to consider it without much effort, unlike a blind person for instance who cannot reflect over many universal signs such as the changing of night and day and the sun and the moon; nor will he have necessarily seen the aforementioned animals and so on.

Ibn al-Qayyim teaches us that in the words ‘Nasiya khalqah’ ‘forgot his own creation’ is an indicator that had this polytheist or doubter in resurrection pondered over his own human existence and its origin and creation, it would have been enough to address his own doubt.

Az Zamakhshari has a profound statement on the above verse. In his Tafsīr he outlines that Allāh describes the hideousness of the Mushrikīn’s denial of resurrection and reproaches them in an amazing and articulate manner. Allāh further points to the persistence of man’s disbelief, his denial of Allāh’s favours and his insolence by indicating his lowly and mean origination, namely the sperm that exits the urethra, the channel for impurity. He is still so impressed with himself that, despite his origin from something despicable, he deems himself able to address and argue with the Supreme. He denies and he asks: “Who is able to bring the dead back to life after the bones have decomposed?” His argument is to deny something that applies most squarely on him, for he was brought to life after death and this is what he denies out of arrogance.