With ‘SubhānAllāh’ we End our Journey 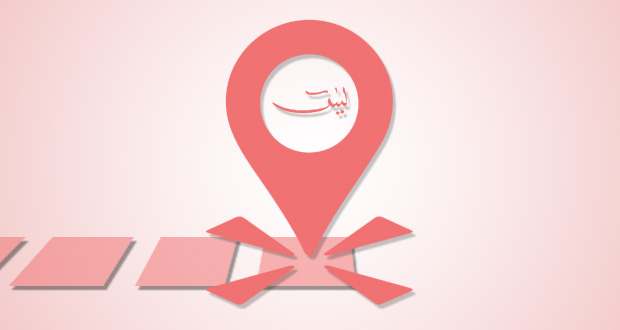 Yā Sīn takes the believer on a voyage of endless lessons. It begins by confirming the veracity of the Messenger (sall Allāhu ʿalayhi wa sallam), leaving no doubt, and outlines his purpose. It provides stories of those who passed and their efforts, receptions, rational and cogent arguments as to the resurrection, from the creation above us, around us and beneath our feet, to the inimitable ability of the Creator and His punishment and His mercy, and it relates how they were all met in contempt by the blinded rejecter. The believer, however, ends up submitting more fully to Allāh, and glorifying Him above all that was ascribed to Him.

Part 39 – With ‘SubḥānAllāh’ we End our Journey

Imām Al Tabari notes if Allāh wants to create something He simply says “Be” and it is.[1] Al Qurtubi adds that when Allāh wishes to create something He does so without effort and without experiencing tiredness.[2] Thus, the words kun fa-yakoon merely express the ease and effortlessness with which Allah, Exalted is He, does things. In fact, it is said there are no words in the Arabic language that could express this better than kun fa-yakoon.

83) Glory be to Him Who has the Dominion of all things in His Hand. To Him you will be returned.

Imām Al Tabari explains Allāh is free of need, far above having any imperfection or deficiency. In His hands is the dominion and deposit of everything and to Him you will return after your death.[3] Al Qurtubi holds that malakūtu kulli shay’ means mafātiḥu kulli shay’ meaning that he holds the keys to the whole of dominion.[4]

– Qatāda says that there is nothing in the Arabic language more emphatic at expressing the ease of something than this expression: ‘kun fayakūn’ or ‘Be! and it is.’

– Some say that the difference between Malakūt and Mulk is that Mulk refers to the physical world (the world of Ajsād) whereas Malakūt refers to the world of the souls. The correct view, and that which most Mufassirūn ascribe to, is that both are the same.[5] Al Shawkāni holds that Malakūt is a more intense way of saying Mulke. the whole dominion as it is right now, in its totality is in His Hand. In the Duʿā’ of the Prophet (sall Allāhu ʿalayhi wa sallam),

“Glory be to the One Who has all power, sovereignty, magnificence and might.”[6]

– In the words Ilayhi turjaʿūn, there is another linguistic tool being employed to give a sense of exclusivity and is called taqdeem of the muta’alliq bil-kabr. The simple meaning of “you will return to Him” is modified to the more compelling ‘to Him- and Him alone- you will be returned’.

– According to Ibn ‘Āshūr, the fā in ‘fasubḥān’ is of Faṣīḥa or explanation. It is explaining that if you ponder over the Power and Might of Allah, as just stated in the previous verse, it makes sense therefore to now declare ‘Subḥān Allāh’, confessing that one was certainly wrong in attributing weakness to Allāh and doubting in His ability to resurrect His creatures.[7]

This final verse sums up the reasoning given in the previous verses about proving beyond doubt the truth of resurrection. It explains why all this is possible for Allāh and why all the analogies given before hold true i.e. if He created the heavens He is capable of resurrection, if He made fire come from green shoots He can resurrect, if He made man from lowly reproductive fluids He can resurrect; because He has sublime power, might and majesty. If He wants something to happen all He has to say is ‘kun’ and it will be ‘fayakūn’ meaning that nothing is impossible for Him, be that bringing a decomposing corpse back to life or indeed any other matter, anything else, any shay’.[8]

At the shores of what we presented to you of a brief Tafsīr, a look at some linguistic nuisances and spiritually reviving reflections, we come to realise how the whole Surah serves as an extremely powerful warning. Perhaps this is why it is referred to as the ‘Heart of the Qur’ān’ as its meaning has the power to breakdown the hardest of hearts into submission before Almighty Allāh.

The Sūrah is, however, replete with beautiful elements of peace, serenity and reward for the believers who lived through so much hardship, pain and tribulations along their journey to Allāh. This Sūrah can be a great source of strength for the believer if he or she ponders over its meanings and witnesses how, for instance, Allāh made victorious the believer in the story of Asḥābul Qarya, which is much like the jewel in the crown of Yā Sīn. It also speaks of the terrifying description of the Hereafter.

It teaches us how to reason in an effective way with other human beings; the balanced combination of clear argumentation linked to concepts engrained within every person, before warning mankind of rejecting the truth after it had become as clear as day. If this is the first article you have read of this series, go back and delve into the meadows of Yā Sīn from Part 1. For those who followed every section, what follows is a summary of its running themes and subjects:

Verses 1-12 confirm the truthfulness of Muḥammad (sall Allāhu ʿalayhi wa sallam), his message, and why messengers were sent. But those who have chosen heedlessness as a path and evil as a followed way are veiled from seeing the Messenger’s guidance, whilst those who do good will find their reward treasured for them with Allāh, and written in His book.

Verses 13-19 present an example of an obstinate town, much like many others, which was sent three messengers but all of whom they rejected. Allāh then sent a resolute man to support their message. The believer supported the message with one proof after another, subduing the forces of evil. As is customary, and remains so to this day, they turned to killing him and, thus, he won the ultimate prize of Jannah.

Verses 20-32 expound on the honour of the believer, the one who delivers counsel to others and desires the best for them. These verses outline what those who advocate the true message of Islām will encounter in every era, whilst showing the importance of speaking the truth regardless of the consequences.

Verses 33-44 then present logical and reasoned arguments as to the belief in the resurrection and recompense. They expound on how the earth is brought to life, bringing forth edible crops, the perpetual transitioning of night and day, and the course of the sun, moon and planets. Will they not believe, and will they not show gratitude after their belief? They are the recipients of this collection of blessings that, had Allāh wished, could be taken away from them were it not for His boundless mercy.

Verses 45-47 show that the reality is that these polytheists persisted in their insolence, turning away from the aforementioned signs, jeering at the believers and looking for specious arguments to support their rejection.

Verses 48-54 emphasise that when what they denied will arrive, it will startle them, erupting suddenly, without warning, whilst they They will rush towards their place of accountability to be interrogated but only for what they did as it is a day of justice.

Verses 55-58 reveal the abode of those righteous believers, living in the mercy of Allah and His eternal bliss; a beautiful picture of delight for both for them and their families.

Verses 59-68 outline an image of dread and regret. An abode of the Hellfire, a result of following the Shayṭān, and a reality that their hands and feet will testify to, whilst their mouths will be closed shut, incapable of forgery or denial. Allāh is capable of this, as he is capable of transforming them to a lower species, after all, does he not return man to that feeble old age after strength and intelligence?

Verses 69-76 reaffirm the Prophethood of Muḥammad (sall Allāhu ʿalayhi wa sallam) and that the Qur’ān is from Allāh taught to His Messenger and not poetry. It is a book sent to remind mankind. It reminds of the blessings Allāh Himself has prepared and endowed for man, out of His mercy, making animals subservient to the weakest of us for our And yet, despite this, some of His creatures still take besides Him deities incapable of helping them in the least.

Verses 77-83 show how all of this contempt towards the commands of Allāh and His status comes from a man who was created from the most despised fluid after being nothing. These verses speak of a man ready to park his intellect, blind his eyes to the stark signs of creation and recreation whilst drawing against Allāh comparisons and likenesses. Whatever Allāh wishes to create or recreate is but by His statement ‘kun’, ‘be’ and it is. After this realisation, Subḥān Allāh, glory be to Allāh above everything less than this that man has ascribed to Him, the King, the One who has dominion of all things and to Him we shall all return.